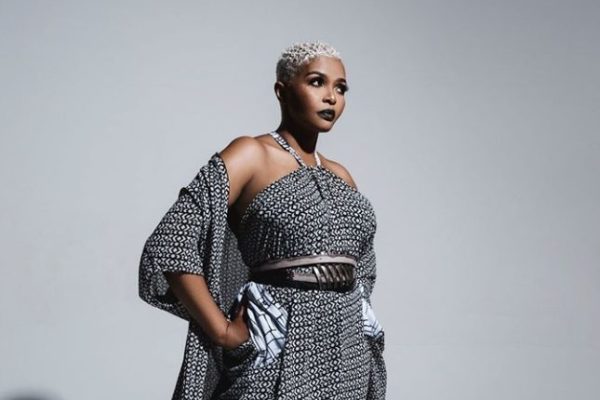 Simphiwe Dana has stepped on the toes of many following her comment made under model Thickleeyonce.

Thickleeyonce took to her social media to slam those who keep worrying about her health.

The model mentioned that she sees skinny people tweeting about eating KFC for breakfast and no one talk about their health but when it comes to people like her they start to worry about her health as if she is a doctor.

Simphiwe decided to lend her support but instead landed into hot water.

She was accused of “reverse” body shaming when tweeps interpreted her tweet as “skinny” shaming.

Simphiwe said it was ironic that only plump people were advised to eat healthy when there were skinny people dying of liver and lung problems due to not being as healthy.

“The way the skinnies are dying of liver and lung problems that time,” Simphiwe tweeted.

However, many felt offended and took to the comment section to call her out.