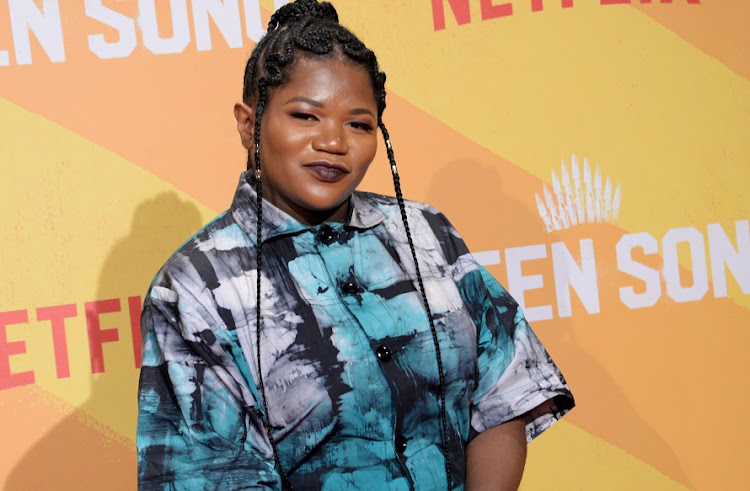 Busiswa did the most on the set for ‘Black Is King’.
Image: Gallo Images/Oupa Bopape
There’s no doubt Mzansi is proud of all its stars who featured in Beyoncé’s Black Is King, but no-one has been as visibly proud as Busiswa.

Over the weekend, Busiswa shared all her emotions on social media as she watched the film with the rest of the world.

In a series of videos, the musician who features on the song My Power spilled the tea on the project, including flying in first class to Los Angeles in the US.

“It was my first time in first class. We got on a plane and dropped in LA.

“I connected with Moonchild in LA. What you have to understand is that both Moonchild and I are from Eastern Cape, and we were in LA together to do what felt like the most incredible project we were ever going to be a part of.

“We didn’t know anything, we had no details, we just presented ourselves. We were just showing up,” she said.

Busiswa spoke about how she was holding back when she started, but she was quickly encouraged to “go hard”, and that’s when she left everything on the set.

The star said she couldn’t believe it when she met the queen and received a compliment .

She said after a few takes, Beyoncé gave her a young round of applause and said: “Girl, you’re a beast!”Taking to Instagram, Busiswa also wrote a letter of gratitude to Bey, thanking her for changing her life.

“My Queen Beyoncé, I thank God for your life. The vessel you’ve allowed yourself to be. The seat you have given so many at the table. The realisations you’ve created for millions of young girls, but particularly for girls in my hometown of Mthatha, SA. Girls who will see me on your platform and unleash their own inner queens because they realise everything you can dream is within reach.”

“My life is changed. My own black king, my son, will understand greatness comes from authenticity and staying true to himself. Your impact will linger on for generations. Your legacy will forever be #TheGift. Thank You,” she wrote.