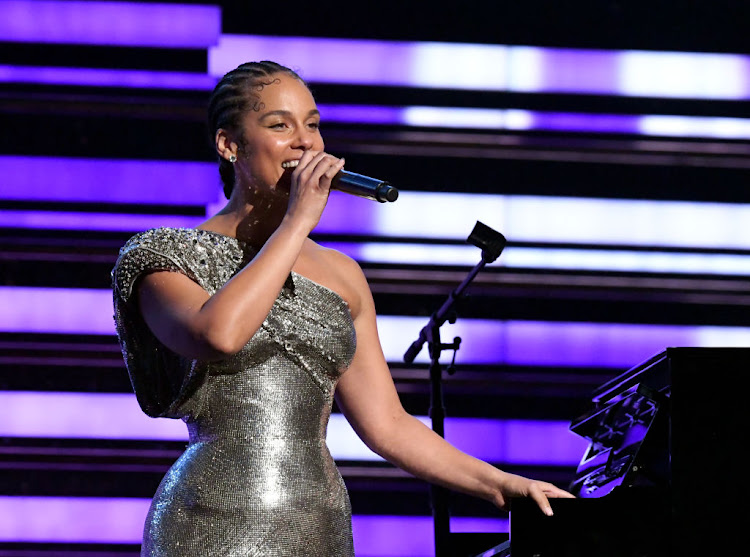 Award-winning US singer Alicia Keys is a big fan of Babes Wodumo.
Image: Jeff Kravitz/FilmMagic via Getty Images.
We think it is time to start a petition to get Alicia Keys and her hubby, Swizz Beatz, SA citizenship because the couple are WITHIN and massive Babes Wodumo fans.

The pair have never shy to flaunt their love for our country, and over the weekend they posted videos of them getting down to local star Babes Wodumo.

In one video, Alicia is seen jiving to Babe’s hit Wololo and screaming for the camera.If you thought sis Alicia was just riding the hype train, Swizz also posted a video of the whole family getting down to a newer song by Babes.

Dancing on a koppie – no, not in Melville – Alicia and the kids were busting moves while daddy Swizz egged them on.As local fans freaked out on the TLs, Maphorisa thanked Swizz for his support, and shut down claims gqom was dead.

“You see?! No-one has the ‘perfect song’ or there is no better genre than others. We make music to entertain people. Some will like it, some won’t and that’s perfectly fine and normal! Just find what makes you happy and stop bashing people for liking what you don’t like,” he said.

Not everyone was impressed.

As Babes’ name hit the Twitter trends list, some users claimed it was sad to see SA needing American approval or validation.

Singer Busiswa, who recently featured in Beyoncé’s Black is King visual album, hit back at the claim and told a critic to sit down.