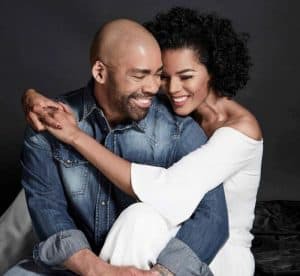 Connie Fergusons and Shona Fergusons.Connie who plays Harriet Khoza and Shona who plays Jerry Maake.The couple have been married for 18 years,they have two daughters,Lesedi and Alicia and a grandson.

Loyiso Macdonald also known as Kagiso Khoza,is a married man,he has been married since 2012 to his wife Luphiwo,at the age of 26.The pair have managed to keep their marriage private.

Sthembiso Khoza known for his character as Shaka khoza.He is a good husband and father.It is not a secret that Sthembiso ‘SK’ Khoza is a happily taken father of 3.His partner and the mother of one of his children,Morna Phathudi popularly known as Maddy.They are living a happy life.

Vuyo who is known for this character as Schumacher.He shared pictures of him and his lady Renate Stuurman enjoying some quality time.The also confirmed that they are dating.

Themba Ndaba known as Brutus Khoza.He was previously married to sophie Ndaba for 13 years but the two were divorced in 2007.Themba is now married to Mrs Josey Ndaba and they have 2 children Sibusiso and Lwandle Ndaba.

Thembsie Matu known as Patronella,last year June 2019,received through her social media pages that her husband,Peter Sobetsa had passed on.