Actress Jessica Nkosi has gotten herself under fire after posting a picture which she related to the trending dance challenge, #JohnVuliGateChallenge.

The John Vuli Gate challenge has taken Mzansi by storm and even the celebs have also taken it on.

However, some didn’t take it well and tried to one-up Jessica Nkosi for lying about being on a jet plane, saying the plane wasn’t going anywhere as it still had it’s red tags on. The comments sections went really crazy.“Let’s trust in God’s timing for the arrival of my offspring 🙏🏾 We also need to be cognizant of how insensitive it is to speculate about pregnancy. You don’t know my journey or what I’ve been through or go through.

This time the actress posted a glammed-up photo on the stairs of a plane in front of the door and captioned it. 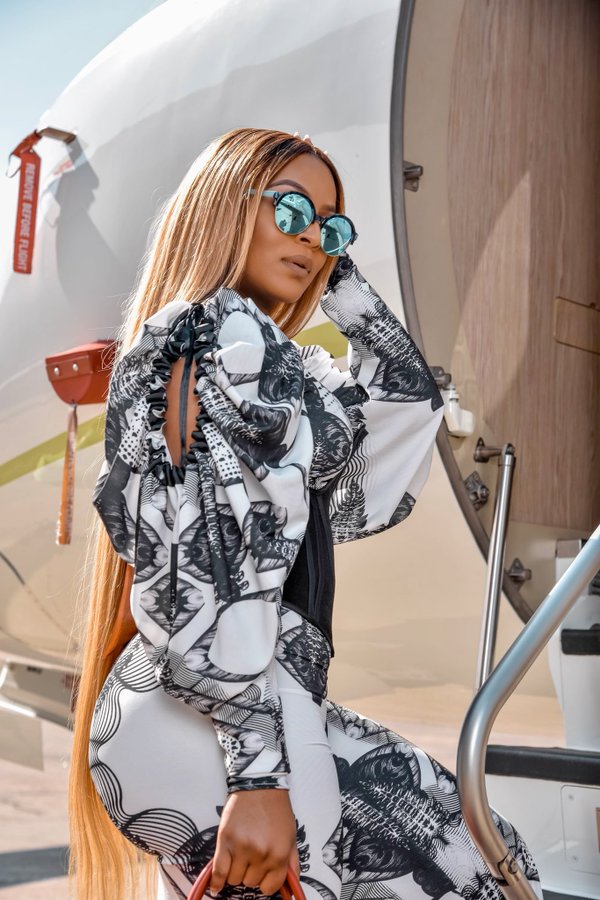