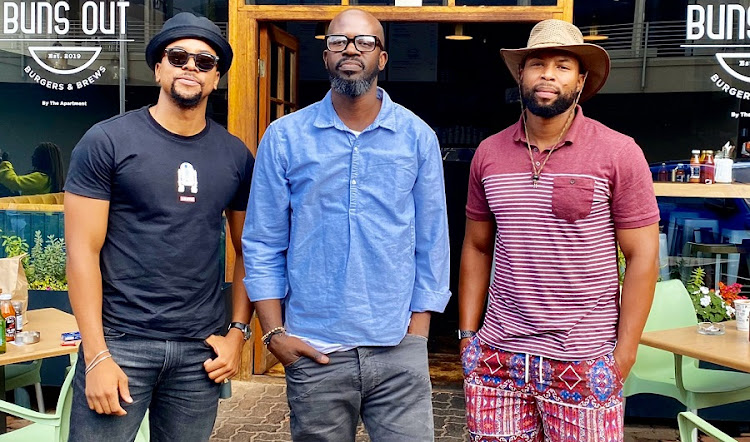 Radio host Sizwe Dhlomo has spoken on a viral image that made him the butt of social media jokes earlier this year.

Siz was dragged back in January, after a pic of him with Maps Maponyane and Black Coffee went viral.

The star looked more casual than the other two in the pic and was jokingly referred to as a “farmer” by fans. Others mocked his toes.

Sizwe took a trip down memory lane this week, reflecting on his fashion moemish while commenting on a listener’s fashion flop.

In the clip Sizwe explained that he was coming from his farm when he called Black Coffee up to ask if he wanted to have lunch. They met up at Maps’ restaurant, when it was suggested they take a pic.

“I am out there wearing my farmer’s hat and slippers. They take this picture and they post it. They have like a million followers each. We were trending the whole day, me specifically, because everybody was laughing at my toes, laughing at my hat, laughing at everything. It was hilarious,” said Sizwe.