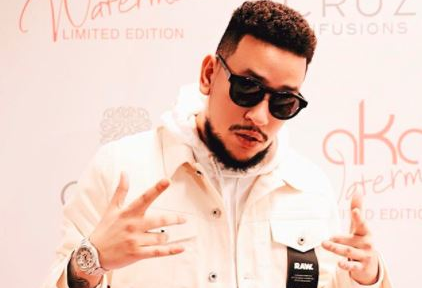 Rapper AKA has told his critics to jump in a lake.
Image: Via Instagram/AKA/Blaq Smith
Rapper AKA has rubbished suggestions that his Covid-19 revelation was a publicity stunt done in collaboration with the government.

The Jika star surprised fans last Friday when he confirmed he had contracted the coronavirus and was in self-isolation.

The rapper said he decided to make his results public to “create awareness around the virus and to caution citizens to be more careful in their daily interactions with others”.

While many wished the star a speedy recovery, some claimed the wording and tone of the statement read like a publicity stunt or something the government had written.

The muso hit back at the suggestions, telling his critics to go “lick” an elevator.

“Go to the mall, lick the elevator buttons, wait five days and come tell me about paid promo,” he told a follower.

He said he does not need the government to share his message on Covid-19, but would be all ears if they came knocking.