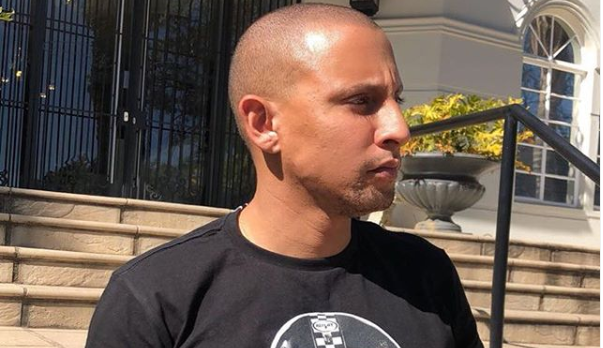 DJ Warras has again weighed in on the taxi strikes.
Image: DJ Warras Instagram
Radio host DJ Warras has warned that a showdown between the government and taxi bosses was shaping up to be “a dangerous game”.

The SA National Taxi Council (Santaco) announced on Sunday that from Monday, taxis would run at 100% capacity and long-distance taxis would resume operations. The council also rejected the government’s offer of R1.315bn in Covid-19 relief, as it says the amount is insufficient to make up for losses during the lockdown.Transport minister Fikile Mbalula pleaded with the taxi industry to reconsider its announcement and said such measures were prohibited under current lockdown regulations.

“It is rather unfortunate and regrettable that the taxi industry leadership has elected to violate the law and forcefully load taxis at 100% capacity and undertake interprovincial operations without the requisite permits, rather than await a decision on the matters they have tabled.”

He said the regulations would be enforced, leading to a stand-off.

DJ Warras’ family owns taxis and the star said he felt sorry for metro police who would need to enforce the regulations.

“This is a dangerous game, and it will not end well. So — check that balance on that 600bil and sort it out,” he said, suggesting that the government look into meeting Santaco’s demands for more relief funding.

He said the stand-off needed to be avoided so that the economy can recover.
He said that in the end it was commuters who would pay the price.

“By the time government makes time to talk — it will be how many days of 100% loads? By that time how many will be infected? So even if they agree on Thursday – Monday to Wednesday, millions will have been put at risk …

“Unfortunately people can’t stay home — their jobs are their livelihood. They don’t have a choice. They can’t fight the taxi drivers, rank managers, etc, they need to get to work. And now it’s at the cost of their safety. What a mess.”

Warras also weighed in on the dispute at the start of the taxi strike last week, asking why the government would not give the taxi industry more, saying the industry is vital to the economy and “deserved” the help.

“The billions they’re asking for to observe the rules for Covid-19 – and transport the workforce daily – is worth paying,” he said.