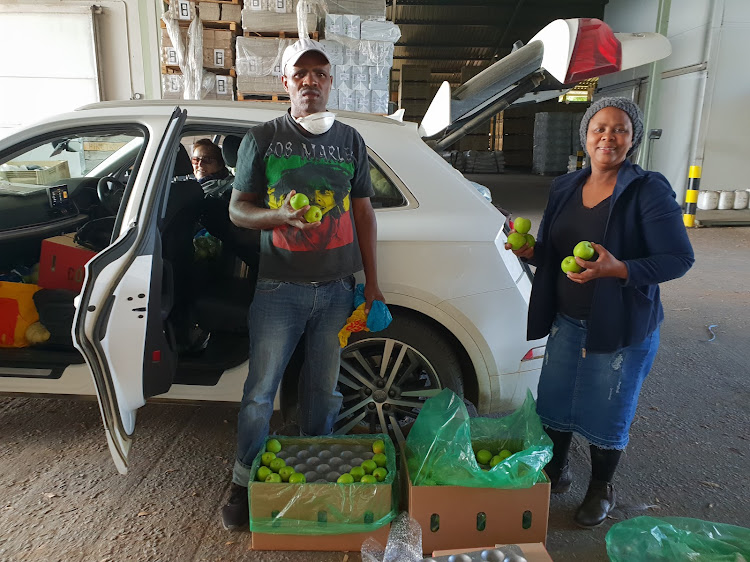 Lilian Bron-Davis, the founder of the self-help community project “Money for Jam – Shelter from the Storm” in Noordhoek, told TimesLIVE on Tuesday that thieves had struck an elderly couple’s farm twice in the past 10 days. They made off with the “whole field of spinach” on Monday.

Bron-Davis said her organisation has been feeding about 300 people daily since the lockdown started. Normally they make “jars of delicious marmalade, jam and chutneys with fruit generously donated by several farms in and around Cape Town”.

She said generous farmers from across the province provided them with the various products they need for the meals. But she said the theft had dampened the spirits – and the farmer and his wife were frightened.

“It is not fair that the people we are feeding go out and steal from the people who are actually feeding them. It makes no sense,” said Bron-Davis. The whole field has been stolen. They struck 10 days ago and it grew again and they went back for it. It’s a bad thing that someone takes a whole stock of spinach.

“All the other vegetables were sold out and the farm had only spinach left, and now that has been stolen. So they have got nothing left. They are now cutting wood chips to sell to people because you cannot grow things overnight. They are unable to make a living because they have no vegetables. They are growing but they won’t be ready for another two to three weeks.”They are an elderly couple in their 70s and they are frightened because they haven’t got money for security. They are frightened that if they expose what is going on, someone is going to come along and shoot them.”

The couple did not want to be identified.

Bron-Davis and Vivian Mjongile travel across the province collecting produce from farmers. They make food and feed starving people along the way.

“These include massive quantities of fruit soup, stews and other organic, healthy home-made meals that are distributed throughout the Western Cape from Noordhoek, Cape Point, Fish Hoek, Simons Town, Masiphumalele and Ocean View to Stellenbosch, Ceres, Wellington, Citrusdal, Piketberg, Lamberts Bay and Clanwilliam, in the Cederberg,” said Bron-Davis.Vivian Mongile’s daughter Ahlumile, 13, is under her mother’s tutelage. She takes part in gathering fresh vegetables and fruit for jam and to feed hungry people.
Image: Supplied
She said the spinach theft had made their work difficult.

“The thing that is reducing the number of food items is theft. It is a very big factor, as well as the incredible demand for fresh vegetables now has gone up four times,” she said. “That meant that the farmers cannot supply me with the vegetables and now I can’t supply those vegetables to the soup makers.

“I had to look further afield. I was on the phone to someone in Elands Bay, where they grow potatoes. I have 50kg of lettuces being offered to me tomorrow by another farmer. I am getting their leftovers that can be used for soup.

“I am bartering over the Western Cape. I bring something to one community so that they can give me something else to ensure that those 300 people get fed every day.