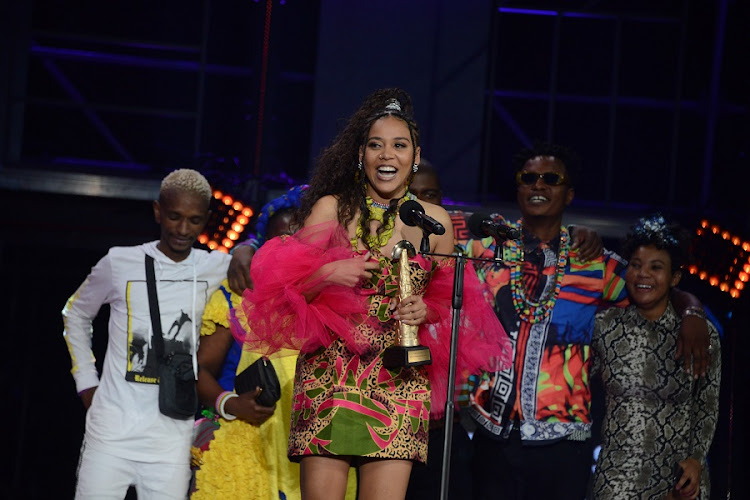 Rapper Sho Madjozi was a big winner at last year’s awards.
Image: Gallo Images/Frennie Shivambu
The annual South African Music Awards (Samas) is the latest big event to be affected by the Covid-19 pandemic, moving online for this year’s edition.A NEW THEME
The awards have always been known for catchy themes that celebs try to interpret when dressing up for the red carpet.

This year’s theme is a playful one: ForThaKultcha,

SO WHAT ABOUT THE RED CARPET THEN?
The red carpet moves to the Twitter streets, where everyone is invited to share the spotlight.

Organisers on Monday confirmed that the 26th edition of the awards will take place next month and follow a brand new format.

A CHANGE OF SCENERY
The awards will move from the previous home at the Sun City Superbowl to online streaming service My Muze by Vodacom and Mzansi Magic, DStv channel 161.

NOT ONE NIGHT, NOT TWO, BUT FIVE!!!!
The awards are normally broken up into an industry awards on Friday and the main ceremony on Saturday, as part of an action-packed awards weekend.

This year the party has been extended to the whole week, with the awards presented over five nights between August 3 and 7, at 9.30pm.

The episodes will be broken into 30-minute shows, except for the last night which will be a 45-minute grand finale.Also the awards will be presented by two main hosts, who are yet to be revealed. There will also be guest presenters and panellists.

And what would the Samas be without several show-stopping performances and collaborations.

WHEN DO WE HEAR IF OUR FAVS ARE NOMINATED?

The nominees in the Record of the Year and Music Video of the Year categories, that are open to be voted for by the public, will be announced on Thursday, July 9 2020 on the SAMA26 social media pages and My Muze by Vodacom.

“We look forward to the SAMA26 virtual experience. Our teams are hard at work to deliver a show that we will all be proud of given the current state the world is in. I invite you all to tune in, plug in and do it for the culture,” RiSA CEO Nhlanhla Sibisi said in a statement.