Pearl Thusi has gone off at trolls again but this time they came for her beautiful younger sister. The actress got ready to showcase her big sister duties and a little profanity here and there was needed.A troll came for her younger sister Prunella Sanelisiwe Thusi saying her beauty wasnt enough to build a home with. The “beauty without brains” sentiments is still what many in the society believe and today women who are extremely beautiful are placed under that same umbrella aa they are labelled ‘slay queens’ and many believed that they are not wife material. 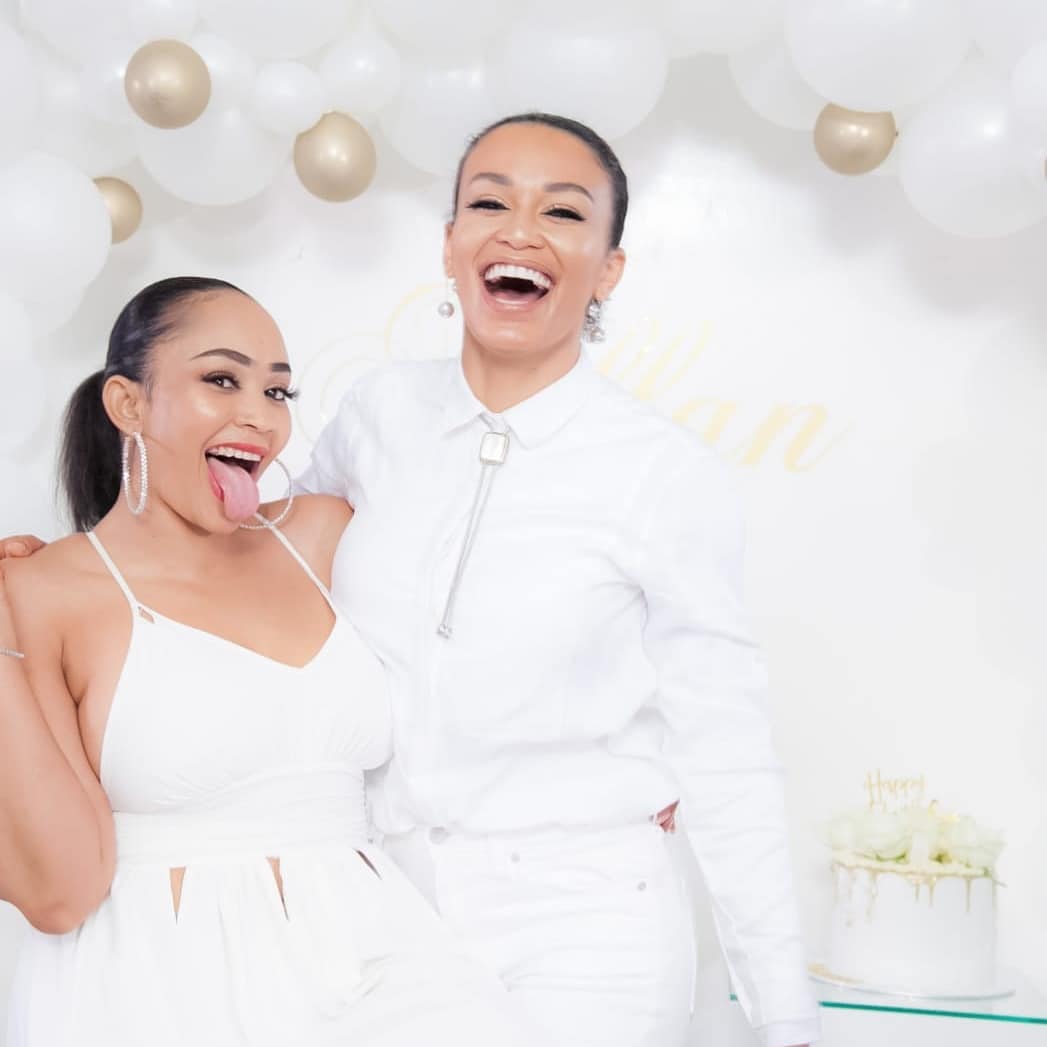 On a picture of the beautiful Prunella Thusi that was posted a male tweep said “you can never build a home with this kind of woman.”

When Pearl saw the tweet she was angered and then proceeded to talk back at the man involving his mother in the fight. Her clapback did not sit well with many people who felt as though she could have done better than to stoop as slow as the trolls.

She basically revealed that men who have no money love making such immature comments about beautiful women who are well off. She took it further and said that he wasnt raised well by his mother.

Pearl Thusi prior to that went on a mini rant about the hate she gets whenever she lands gigs. People always go for her skin colour and that always hurts her. The actress said that she is on a flight to an unnamed destination and it is for work purposes. As a woman who is taking her health and safety seriously, revealed that due to the pandemic, she had not been travelling very often.

“Leaving south African boarders for the first time this year (2nd time in 12 months) for a really exciting project.” She then spoke about the hate she continuously receives from people because of her skin colour.

“Please comfort my haters… They’re about to call me names and say only my skin colour gets me work etc. Nothing new really… I just don’t like to see people hurting because I’m rising. It can’t be nice.”