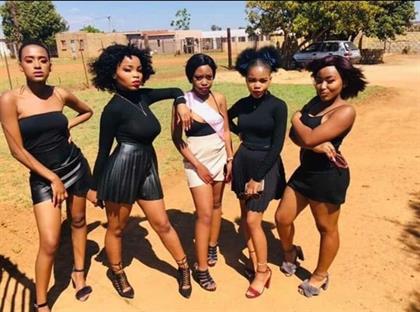 Yes, he’s my brother, but this is business. We won’t allow them near our studios again,” he said.

“We wrote the song alongside Ntosh Gazi. The duo is in the limelight because of our song.

“They should stop performing and telling people it’s their song. The matter is in the hands of our legal team,” he said.On the other hand, Ntosh, whose real name is Ntokozo Soko, said: “This is my song. I came up with the concept and was supposed to collaborate with Scara Chilli Ya Baba and Mapara A Jazz on the song.
“I made the song trend because of my popularity.”

But Man Malaya said the guys were bitter and jealous of their success.

“Where were they all this time? Why are they complaining now as the song is big?” he asked.
THERE’S more noise around the song John Vul’igate.

And this time, two brothers are fighting over the rightful owner of the song.

Ndivhuwo Nephawe (26) has accused his brother, McMillan “Man Malaya” of stealing the track.

He said although they recorded the song at Scara Chilli Ya Baba’s studios, it was theirs.

Scara Chilli Ya Baba has also opened a case against Mapara a Jazz.