It looks like the John Vuli gate girls are back and this time they have dropped a video of them dancing in a local restaurant. One thing they make sure of is dancing in very revealing clothes and Mzansi reacts to the video. 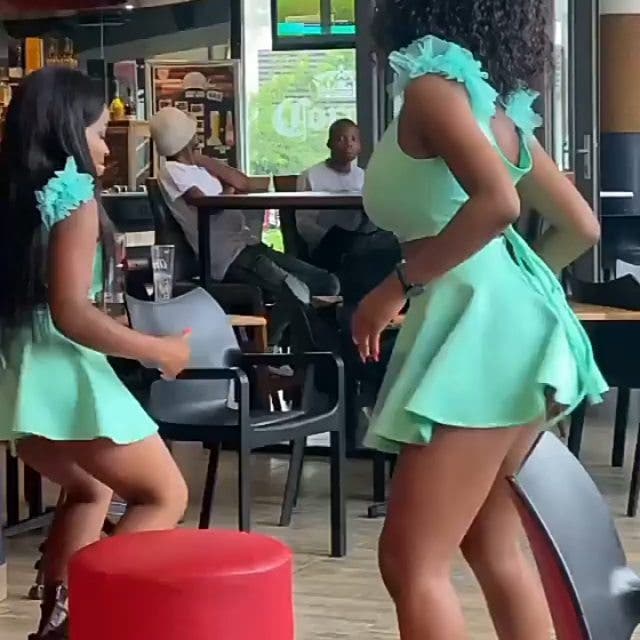 Others are pleased with the video to commend their hustling during these hard times. Some are more interested in their dressing and are only wishing for the ladies to show a little bit more than they are clothes are revealing.Commenting on social media their fans say:

“This girl is wearing an “Apple Smart Skirt”It is programmed in such a way that it pretends to want to show some cheeks but it doesn’t.”

“These girls are a true definition of “amaphanta” (hustlers) . Even when the whole nation has forgotten about them they still trying to go viral by any means”

“SA is lit.. We have strippers in restaurants.. I’m never leaving this country”However, some are not really impressed with the video and think they should practice their dancing. Others oppose saying the ladies are seeking for attention too much. Many think that they should not base their popularity on wearing such revealing clothes and just try to dance without showing assets in public.

“What are they doing this is not a comeback”

The last time these ladies did so well and they were invited to perform and dance to the John Vuli Gate track. However, it did not go so well as people expected more dance moves from them and more entertainment.

Hopefully this time they have a lot more under their sleeves so that they do not disappoint their fans because once the fans give up on them it will be bad for their popularity.