Former Generations actress who is also a Hollywood star is shattered by the passing of her cousin Anele Tembe. Taking to social media, she thanked people for their heartfelt messages of condolences and bid her cousin farewell. 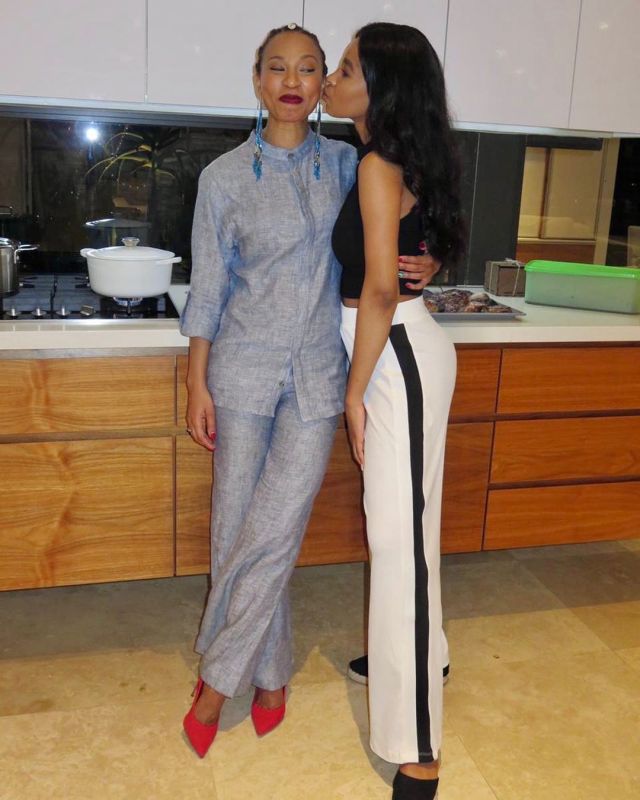 The tragic death of Nelli Tembe has left many shaken and in disbelief, but now that her family has spoken out, it all seems so real. This morning, actress, voice over artist, dancer and musician, Nondumiso Tembe, who currently resides in the states, bid farewell to her younger cousin Nelli. In a heartfelt post she shared an image of the two of them together and accompanied it with a heartfelt caption.

“My baby, Ngiphelelwe amazwi – Words fail me right now. We will hold you in our hearts forever. Lala kahle, mbali yethu (rest well our flower). Thank you so much to everyone who has sent kind words of comfort for our family, ngiyathokoza kakhulu (thank you very much),” she wrote.A day after her untimely passing, the Tembe family and friends as well as her in-laws the Forbes family, got together in prayer and shared some kind words about the departed. During the zoom prayer meeting, which was the first one to be held, it was revealed that Nelli had a passion for food, fashion and everything family. She was also said to be just like her father Moses Tembe who shared the same interests.

As quoted by Drum magazine, family spokesperson Clive Manci said “Nelli had so much in common with her father. Her love for food, her stubborn nature, and charisma. Her father loved her and raised his kids well. At a young age he allowed them to experience the best of education and travel the world.”