The Forbes and Tembe families has released an official statement following the death of Rapper AKA’s fiancé Nelli Tembe who
apparently fell off the 10th floor of a certain Cape Town hotel “It is with the deepest regret that we, the Tembe and Forbes families confirm the ultimately passing of our beloved fiancé,daughter,sister and daughter in law Anele Tembe(22). Her fiancé Kiernan Forbes is inconsolable and surrounded by family and closest friends. At this hour of our grief,we humbly request our families be given privacy and time to heal”…May her soul rest in perfect peace.
Rapper AKA was smitten over his girlfriend Nelli Thembe and she even has the rapper crossing his heart Supa Mega’s new bae was one of a kind and is quite the private person and little is known about her except that she had the rapper crossing his heart.

The 21-year-old is the first person, AKA has dated in a long time that isn’t a celebrity, well since 2008. The rapper has previously been linked to Mzansi’s hottest ladies such as DJ Zinhle and Bonang Matheba and following his breakup with the mother of his child, eyes were on him to see who would be his next love interest. Watch Video Below… 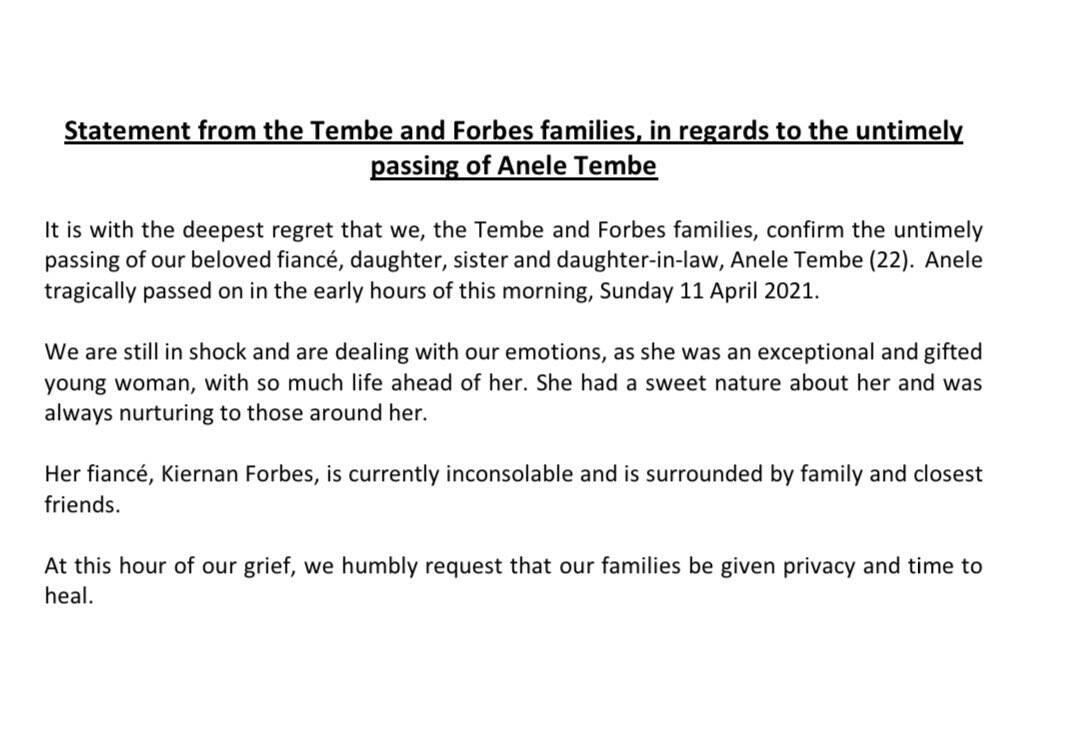