‘Dr Sindi’, as she was affectionately known, had been ill after contracting COVID-19 earlier this year.

In a statement released on Saturday afternoon, van Zyl’s family said she passed away on the morning of 10 April 2021 at a Johannesburg hospital. 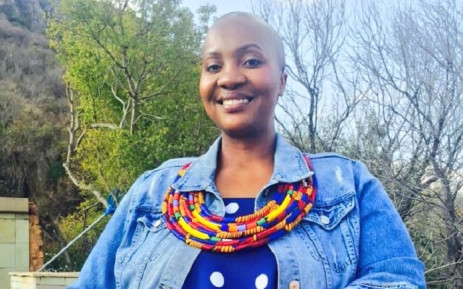 The medical doctor became a household name through sharing her support and advice on Twitter, quickly gaining a large following.

She was also a radio host on _Kaya FM _until recently.

Her family said: “Sindi always offered support and great advice to educate those around her. Not only was she a beacon of love and light on her Kaya FM show _Sidebar with Sindi’, _and all her social media platforms, but she genuinely loved and gave endlessly to all she knew with grace and kindness. She modelled the love and grace that she knew in Jesus.” 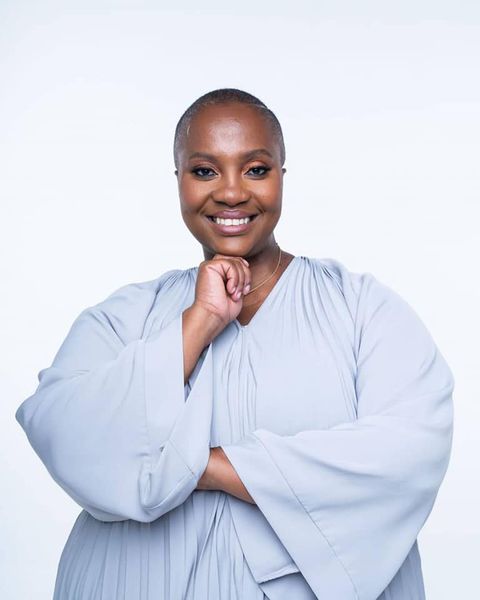 South Africans rallied to raise money in recent days to cover medical doctor Van Zyl’s medical fees which had run into the millions.Her family said that she was in between medical aids when she suddenly needed the life-saving medical care, including being placed on a ventilator.

Family spokesperson Melanie Ramjee said: “I think Sindi was affectionately known by everybody that has crossed her path or she crossed their path. I think the family is still dealing with the grief currently and the shock, but they would want her to be remembered for just the loving kind-hearted, giving and graceful person that she was.”

She leaves behind her husband and two young children. 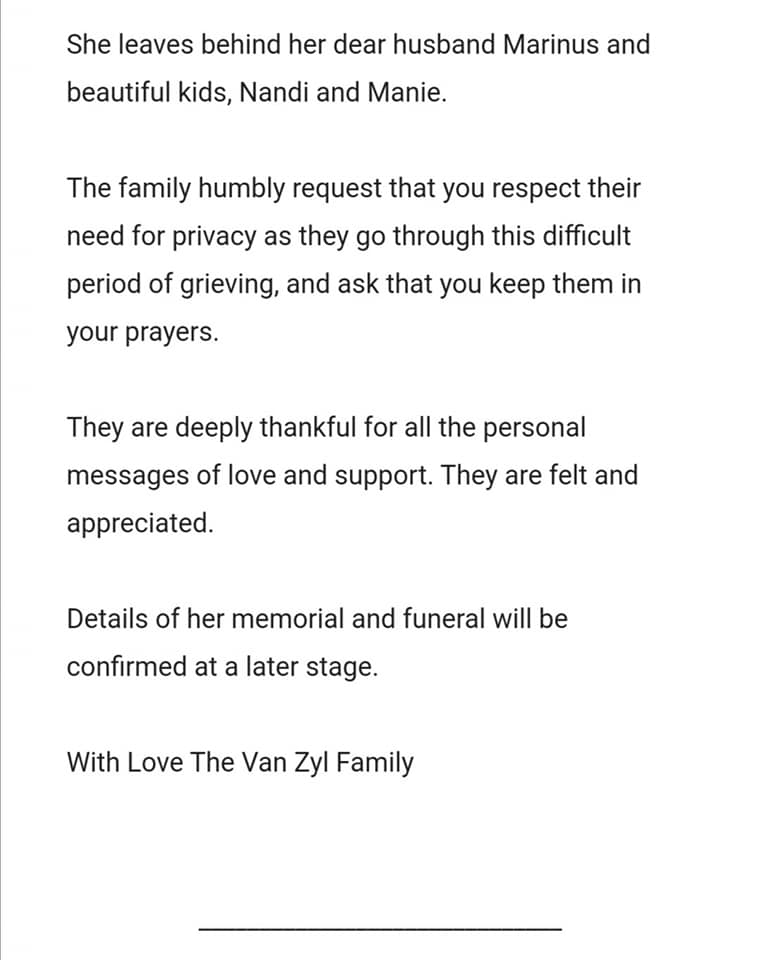 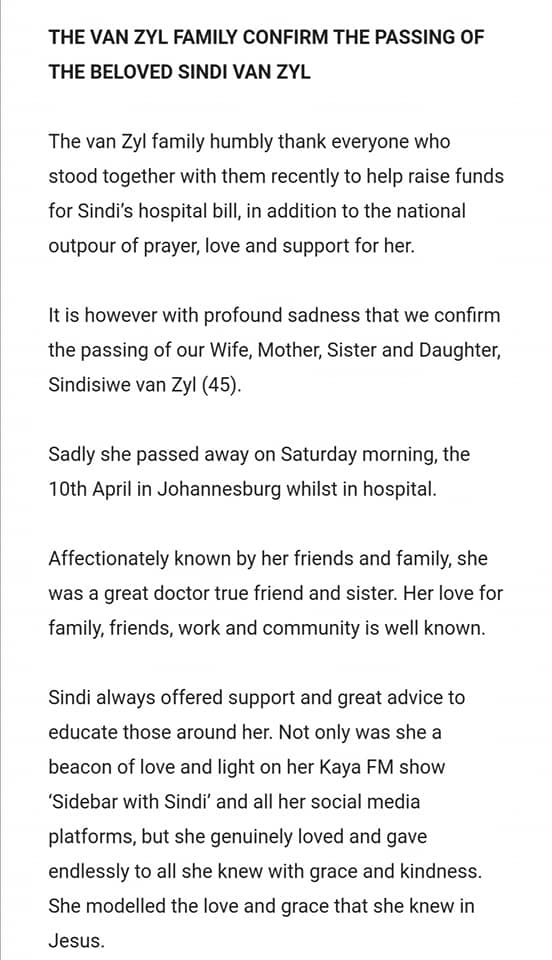