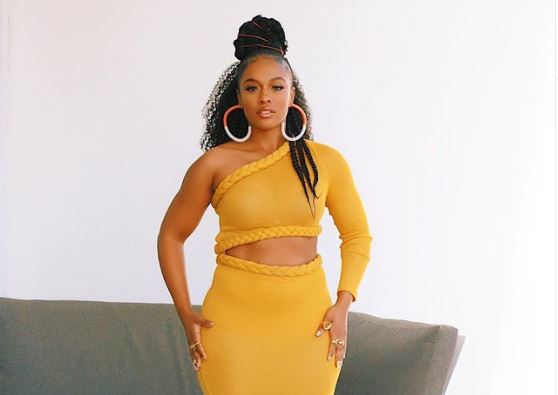 The South African actress has been making mind-blowing moves, and she’s believed to be one of the hottest celebs.

Aside being fruitful in her career, she’s one of those persons who’s got men hovering on her, as she’s blessed on all sides.

According to Zalebs, the star opened up about her love life while speaking on Isolezwe.

Nomzamo claims to be without man, and she has no interest for one yet, as all she’s after is securing the bags.

Speaking of securing the bags, Nomzamo is on the most anticipated international project, Coming 2 America, and she is playing the role of Mirembe.

“Mirembe is a lady that is proud of her culture and she also respects her roots. If I look at this character, there are certain similarities between her and I because I am also a woman who loves her past and upbringing. People will see a different side of me and my versatility in this film,” she told the publication.