Nomcebo Zikode is currently still on the African leg of her world tour, but that does not mean that she does not have time to troll her South African fan base. The Xola Moya Wam” hit maker went from somber to jubilant and playful real quick via her social media posts. First it was announcing the sad passing of two of her loved ones, in what can be suspected as more causalities of the pandemic.

While some of her fans thought she would spend the whole day mourning the tragic passing of her loved ones, the married mother of two was like, “Ha a. Don’t you dare.” In her subsequent post, Nomcebo proved that she is not only a continually rising star, but that she has her ear firmly placed down on all the South African tea that is spilt about her.

The “Jerusalema” vocalist decided to play on one of the running comparisons she gets of late. The star has been labelled as a look-a-like of controversial media personality, Masechaba Ndlovu. The two have been confused numerous times in the past. It might be their height or the matter of the two sharing the same signature hairstyle, which when giving credit where it is due was made iconic by Masechaba. So you can imagine the confusion when Nomcebo posted a picture suggesting that was having a peaceful Saturday, where she looked like Masechaba’s identical twin. 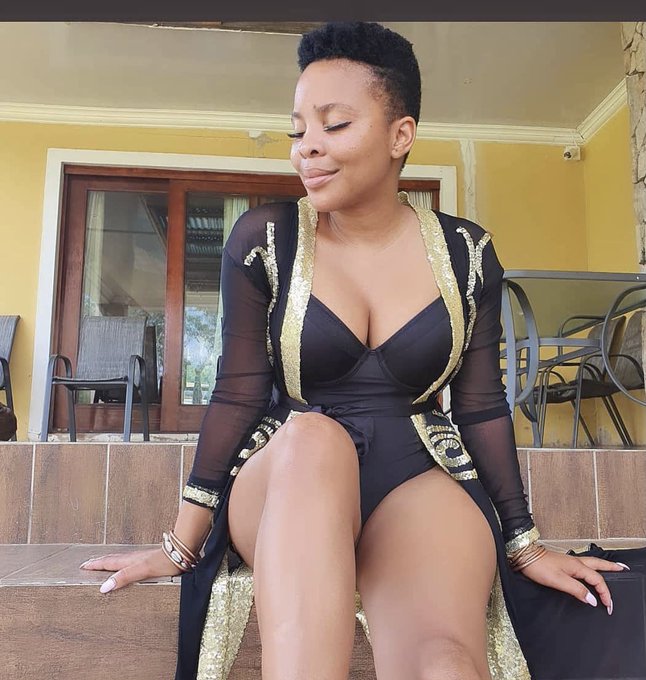 On Twitter the most, people were confused and did not hide the matter. Many that commented on the post still believed that it was actually Nomcebo, and that for the first time it was unanimous that the two do look alike. To make matters worse, Nomcebo did not intervene to clarify what was going on. The continued confusion resulted in Masechaba’s name trending, and probably much to her relief it was not because she was being trolled for her one or the other inflammatory tweet, statement or actions.But for those looking for confirmation, in the form of hard proof that the person in the post is actually Masechaba and not Nomcebo; all they would need to do is go onto Masechaba’s Instagram posts. Nomcebo chose the most recent posts to see that Nomcebo really did wake and decide to play with her fans on social media.