Not so long ago, influencer Mihlali revealed that she’ll be gracing the cover of online magazine, Moziak Africa.

The issue she’s featured on combats period-shaming and encourages women to celebrate themselves.Despite not featuring in Brandwatch’s Top 25 Most Influential Women In South African list, Mihlali has still topped the Twitter trends list, with Tweeps outraged at her snub. The social media influencer has garnered a large following on all platforms and has consistently featured on the trending list almost every tweet, which is why her followers remain confused at the verdict.

Read more: Mihlali Told To Get Tested ASAP!Any influencer list that doesn’t include Mihlali and Ntsiki is a scam it should not be taken seriously. Iv seen someone on that list who has deleted all her tweets yet she is on the list, another one hasn’t been active since 2018 yet she is on the list. Kundlalwa ngathi pha

Some of the other celebs featured on the list include Connie Ferguson, Bonang Matheba, Boity Thulo and Minnie Dlamini.

See the tweets below. 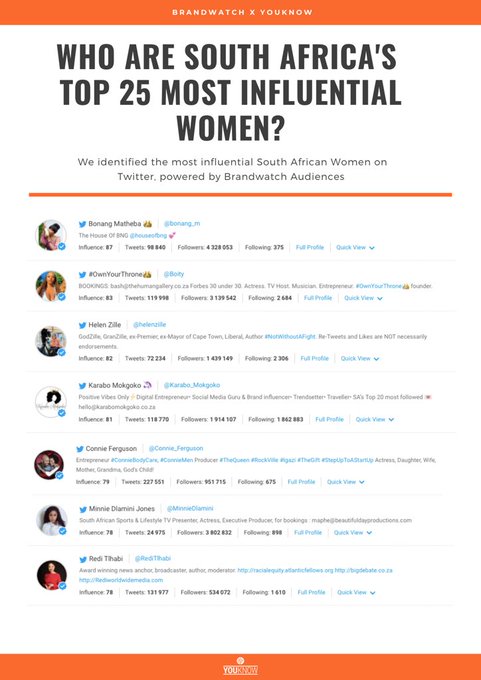