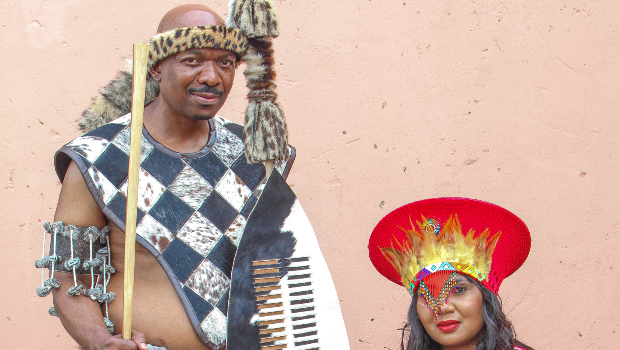 Veteran actor Menzi Ngubane has paid a heartwarming tribute to his wife Sikelelwa.

He was reminscing on the past year whilst celebrating his wife Sikelelwa’s birthday.

“Yesterday we celebrated my queen’s birthday, what a special day it was. Thank you MaNgubs for being my pillar of strength. This year has been full of ups & downs, but you remain my rock, always telling me to look on the bright side of life.”Menzi Ngubane has always held his wife in high regard and told Drum after the couple’s traditional wedding ceremony in 2018, that he had found his “diamond”.

“I got my diamond and no-one will take her from me. I know the kind of woman I am marrying. I am very grateful to God. I remember when things were not going well for me, I prayed for unkosikazi (a good wife). I didn’t say I want umfazi but unkosikazi,” Menzi told the publication.

Menzi prefers to keep Sikelelwa out of the limelight.

His wife recently spoke on his behalf following reports that he was in critical condition.

Menzi has had a rollercoaster year so far after his role on The Queen was put on hold due to health concerns.Sikelelwa spoke out against fake news regarding Menzi’s health saying:

“I would like to confirm that my husband is receiving family support and recuperating after doctors were concerned about his health. The family is also aware that due to the spread of this inaccurate and unverified news, his fans have even gone as far as sending their messages of his speedy recovery on social media, spawning an unwarranted social media panic.”

“We understand their concerns and support for Menzi, but as the family, we appeal to South Africans to refrain from spreading news that has not been verified and confirmed by the family,” she said in a statement earlier this year.