Mary Twala was a genuine actress who never compared herself to anybody but herself. 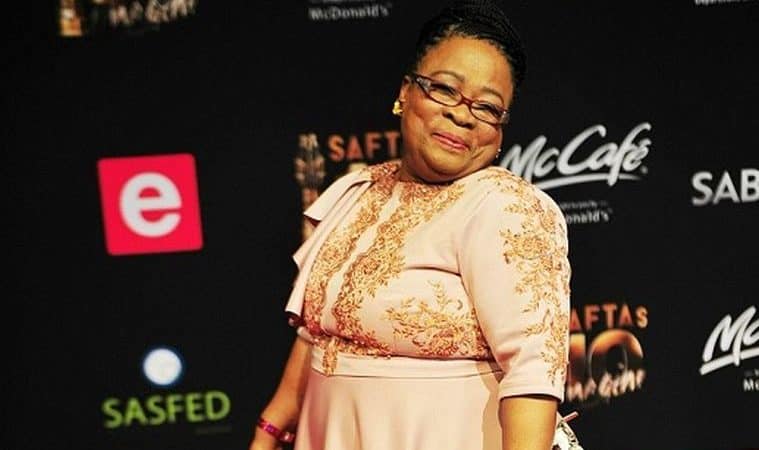 Those are the words of long-time friend and fellow sister in performing arts Lillian Dube who had been paying tribute to the legendary actress who passed away on Saturday.Twala’s son Somizi Mhlongo confirmed the news in a heartening post on social media.

Speaking to Bob Mabena on POWER Breakfast on Monday, Dube says Twala admired other people’s talents and did every acting role to the best of her abilities.“She was punctual, she was professional, she was humble. Besides Somizi, she had other children and she has one on a wheelchair who she looked after everyday of her life.”

She shares how the 80-year-old was ill for a long time.

“Recently, she was really tired and out of it. For me it is a blissful relief.”

President Cyril Ramaphosa said that the country has lost a unique talent and an endearing human being, “whose performances brought to life the meaning of being South African”.We will miss her dearly. Like millions of South Africans, I am saddened by the passing of a great icon of our nation’s creative community; someone who was a household name and face to all of us and brought home the joys, the struggles and the humour under pressure that characterises our national life.”Twala’s contributions in roles through television, theatre and film were recognised on a national level in 2019, when she was awarded the presidential order of Ikhamanga in sliver for her contributions in the performing arts.

She has featured in television series such as Umbizo, Molo Fish and Zone 14. She also had roles in movies such as Vaya and Yesterday.

Details of her burial are yet to be revealed