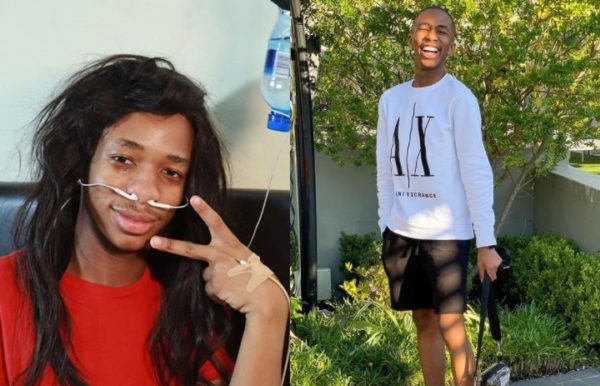 The comedian trended on social media for days, following an announcement that his relationship with a new guy ended after realizing that he’s deceptive.

While some empathized with him, others condemned him for announcing the hideous event.

In his defense, Lasizwe says the reason he come out open about his heartbreak, is because, he wants fans to know that celebrities also deal with real life issues.

On Sunday, the YouTuber shared photos of himself with a big smile, and claimed he’s bounced back. Other celebrity friend, applauded him for getting over the short-term relationship that broke his heart.

“To my relationship that lasted for 2 minutes: REST IN PEACE! it was good while it lasted!” he captioned post.