Xitsonga drama series Giyani: Land Of Blood is set to return for a second season and avid watchers of the show are already in a frenzy.
The drama series stole the hearts of many it left many a tad disappointed when the first season came to an end abruptly. Fans started a petition to bring it back and some even threatened to stop paying their TV licenses should the show be canceled 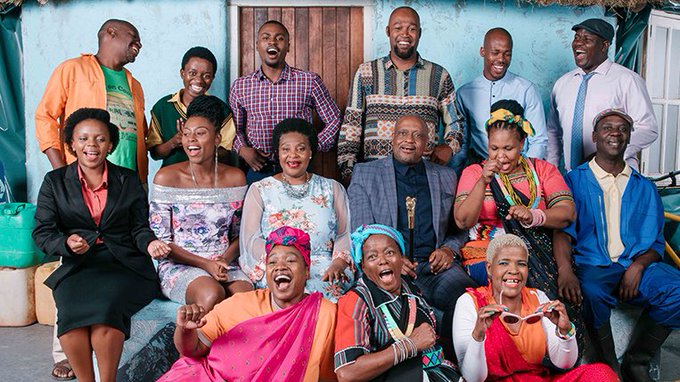 The petition founder wrote: “The drama has stolen the hearts of multitudes of South Africans and teaches other tribes the ways of the Tsonga, Venda, Mapedi and Balobedu-speaking people’s culture and their daily challenges. It has found a way to teach us to unite and acknowledge our differences as tribes.”After months of deliberation, the SABC has decided to bring the show back for a second season. According to Phil Mphela, the show will return to our small screens later in 2021 on a new time slot of 9 PM and it will air from Monday to Thursday on SABC2.The show featured a star-studded cast that heated the drama-filled telenovela including Yvonne Chaka Chaka, Mutsila, Wiseman Zitha, and Candy Tsa Mandebele. It is no secret that the SABC has been having financial constraints for the longest and some of its longest-running shows continue to be affected.

This has seen, Muvhango and 7 de Laan suffering from dramatic changes in their programming. According to Phil Mphela, the public broadcaster has decided to cut down the show’s weekly episodes. Starting from the month of August, Mphela reported that the two soapies will be reduced to three airing days a week, rather than the five-day special. The soapie will keep the same timeslots, but the only difference is the extent that that cheque is cut.Another show which was recently hanging by thread was Uzalo. This follows after viewers complained about its boring storyline and producers of the show were forced back to the drawing board and shake it up.

Their hard work in changing it, has resulted in a 3-year agreement with Stained Glass. The SABC said this is the first time that such a long-term arrangement has been put in place and it represents an unequivocal vote of confidence the channel places in Mzansi’s best-performing soapie by far.

“Uzalo has earned it and its performance speaks for itself. The property has broken a set of records in the industry for a soapie or a long-running drama series. It’s the youngest entry in the SABC stable and it is phenomenal what the property has managed to achieve despite the challenges this year has shown not only in the broadcasting landscape but the country as a whole. ” says Sane Zondi – SABC 1’s Programmes Manager.