Another local production Generations The Legacy, has been forced to shut down production, following fears of being exposed to Covid-19.

In a leaked memo posted by Entertainment commentator Phil Mphela, 2 members of the Generations team, were apparently exposed to the virus. On the first incident, the production continued but this time around it has been forced to shut down as people have been uncomfortable.

The memo says on 18 June, a member of the soapie had been in contact with a person who tested positive for the virus, but when he went to test, he tested negative. 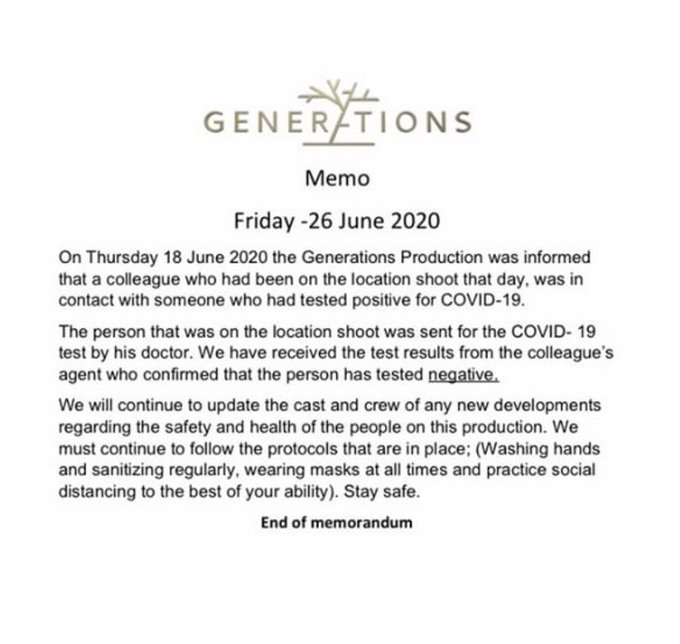