She says that she was trying to seperate the two fighting men when her ex-boyfriend mistakenly send her on the ground with a blow which resulted in her tooth falling. 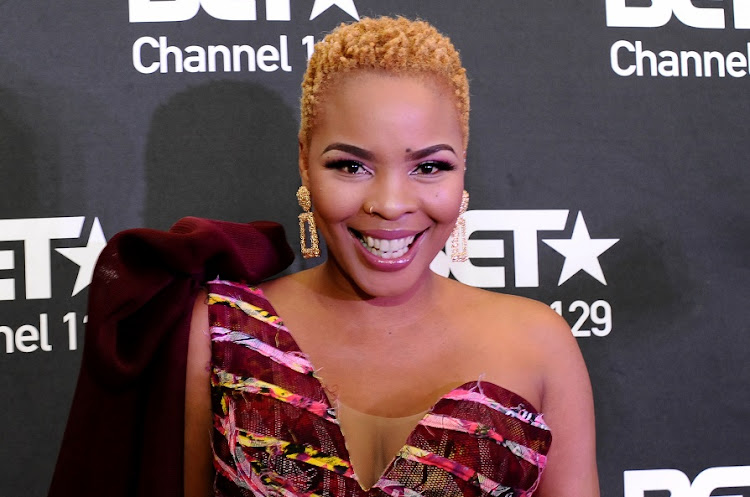 According to police reports, the incident allegedly took place in Randburg at her home where she was with her family and her current bae.

A disgruntled ex-boyfriend is said to have budged into the house demanding to see Masechaba who was having prayers at that timeMasechaba, who just started her spiritual journey of becoming a sangoma, dismissed the unnamed man who quickly left but only to return after a few minutes.

Masechaba Khumalo’s Boyfriend Knocks Her Tooth Out During A Fight.
South Africa’s Sports, Arts and Culture spokeswoman lost her front tooth last Friday after her ex-boyfriend and her current bae moered each other at her home in the middle of the night.

It is said that the ex-boyfriend was trying to force himself into the house using the back door but was intercepted by Masechaba’s current bae.

The 37 year old Masechaba said when she wanted to seperate the fight, a blow hit her on the mouth throwing her down together with her front tooth.

“On Friday, 26 February at 11.50pm, the complainant was in the house with her family when her ex-boyfriend knocked at the door. She told him to leave because she was busy praying,” read the document.

He then came straight to the door again, and he knocked harshly. She opened and her ex-boyfriend allegedly started beating up her partner. She tried to stop him and he pushed her away. This resulted in her front tooth falling off. She picked it up and put it back on. Her partner was bleeding and sustained some injuries on the face. She has a restraining order against the suspect. “