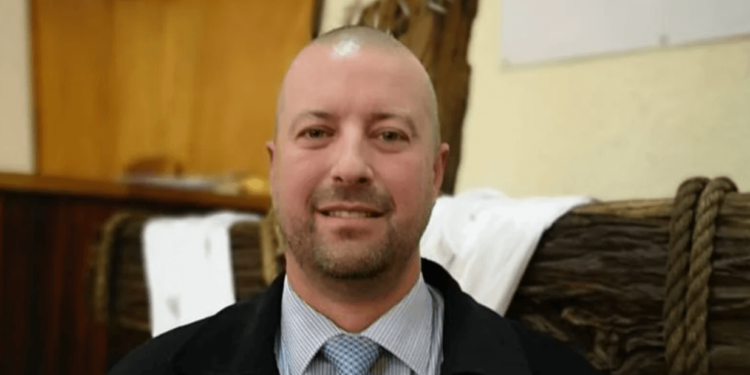 A spokesperson for the Reformed Church in Carletonville on the West Rand said they were saddened that pastor Henk Calitz did not reach out for help.
Image: Supplied
Congregants are heartbroken by the death of a pastor who hanged himself at a church in Gauteng.

Henk Calitz, 40, from the Reformed Church in Carletonville on the West Rand, was known as a sociable, caring member of the community. He had been helping his community through the devastation caused by the coronavirus pandemic.

The father of five took his life last Friday.

Wouter van Wyk, spokesperson for the church, said his body was found in the church hall by a member of the congregation.

“It was a really big shock. He has been a steady minister and did great work. He never reached out to the church for support, which is a pity. There has never been a single complaint that could have warned us.

“He was a nice guy, a good hockey player. He also got involved in coaching hockey, an outgoing and sociable person. He was involved in charity work,” said Van Wyk.The mining industry was hit hard, and there are a lot of social issues stemming from that. I don’t think anyone will really ever know what was going on in his head, but we know he was not happy with the way things were.

“Covid-19 is a life-threatening disease that puts tension on all of us. All of us are to some extent locked up in our small worlds, when one’s problems become too big to carry alone, it gets hard. Mental health problems are rising and such things are expected,” said Van Wyk.

Church elder David Nel said the family was not comfortable speaking about the tragedy.

“The congregants are heartbroken and the emotions are still raw. He was loved by the community, he was very friendly, loving and helpful and kind,” said Nel.A memorial service for Calitz will be held on Tuesday morning with a limit of 50 people allowed to attend.

In April, Calitz posted on Facebook about an emotional encounter that he had with policemen and women who pulled him over at a roadblock during the national lockdown.

He said he was driving to Parys with a permit and face mask when he was stopped.

The captain asked to see his permit and the reason for his travel, then asked him to pull off to the side of the road.

He was worried he could be arrested.

“But the cop says – will you please pray for us, if it won’t offend you?”

He prayed for them, and they all shook his hand afterwards. He drove on with a lump in his throat, he wrote.

In a separate incident two weeks ago, a dog walker from Cape Town hanged himself and took his own life outside the home of Rev Natalie Angela Barnard from St Andrew’s Presbyterian Church. His death, in Sea Point, not only brought the mental health fallout of Covid-19 to the fore, but also the plight of many foreigners trying to eke out an existence in SA.

Congolese national Calvin Kevin Ilungu Inkongolo was known in the community for earning a living as a gifted dog walker.