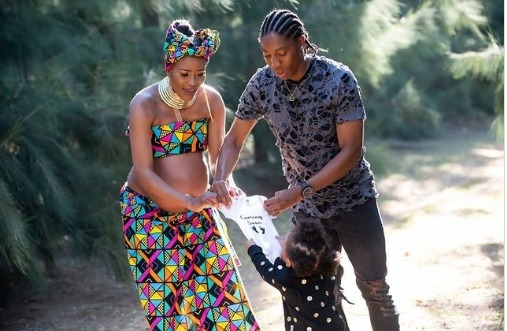 The South African Olympic Champion and multi medalist runner, Caster Semenya and Violeta Raseboya married on the year of 2015, and this two couples made this special announcement on social media where they were seen together with Violeta Raseboya pregnant and they baby girl Ora.

Ora who is the little girl of this couple turned two years old few weeks ago.

Fans are busy sharing their reactions on this post of Caster Semenya while others are congratulating this two couple.