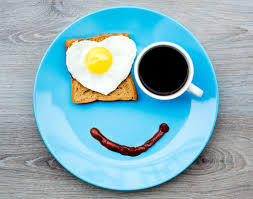 What’s your typical pick for a morning meal? Does it involve a cup of coffee with toast and fruit? Maybe some oatmeal with chia seeds? Or perhaps a protein-packed smoothie?

Whatever healthy option suits you best, it’s good to know that eating breakfast is good for your health. Not only is it a nice, peaceful start to the day — before all the stresses of family, work and obligations come full throttle — but there’s also a ton of research suggesting it’s actually good for your brain and bodily health.

Eating breakfast is important for everyone, but is especially so for children and adolescents. According to the American Dietetic Association, children who eat breakfast perform better in the classroom and on the playground, with better concentration, problem-solving skills, and eye-hand coordination.

Kick-start your brain with breakfast:
Eating breakfast provides energy for the brain and it has been shown to improve alertness – which is important for learning. Additionally, breakfast restores the body’s glucose levels – the brain’s energy source.

Memory: A 2005 Journal of the American Dietetic Association review of 47 breakfast-related studies found that eating breakfast is likely to improve cognitive function related to memory and test grades. Translation: Eating breakfast is a smart move!

Eating breakfast can improve cognitive performance, test scores and achievement scores in students, especially in younger children. According to a study published in the journal “Archives of Pediatrics and Adolescent Medicine,” students who increased their participation in school breakfast programs had significantly higher math scores than students who skipped or rarely ate breakfast. As an added benefit, the group of students who increased breakfast participation also had decreased rates of tardiness and absences.

Get your body pumping with breakfast:

A good breakfast can provide protein (for building and maintaining muscle), carbohydrates (for energy), fibre (for healthy digestive function), calcium (for building strong bones), iron (for healthy red blood cells and oxygen transport around the body), plus additional vitamins and minerals. These nutrients are essential for healthy growth and development.

In one recent study, people who ate breakfast as their largest meal lost an average of 17.8 pounds over three months. The other participants consumed the same number of total calories per day, but ate most of their calories at dinner, according to the study published in July in the journal Obesity. The large-dinner group only lost an average of 7.3 pounds each over the same time period.

While eating any breakfast is better than skipping breakfast altogether, some choices are better than others. Carbohydrate-only breakfasts, such as bagels and toast, can give energy for one to two hours, while complete breakfasts that contain a balance of protein, fat and carbohydrates can keep blood sugar levels steady for hours, according to MealsMatter.org. Try some toast with peanut butter and a piece of fruit or cereal with milk and glass of 100 percent fruit juice. If you have time, make an omelet with cheese, broccoli and some turkey bacon.