Bonang who was bashed for not sending her condolences to Somizi for the passing of his mother vindicated herself by attending the burial ceremony on Thursday.

Despite the breakdown of their friendship many years ago, Bonang proved that when it matters most she will be there for people she cares about. 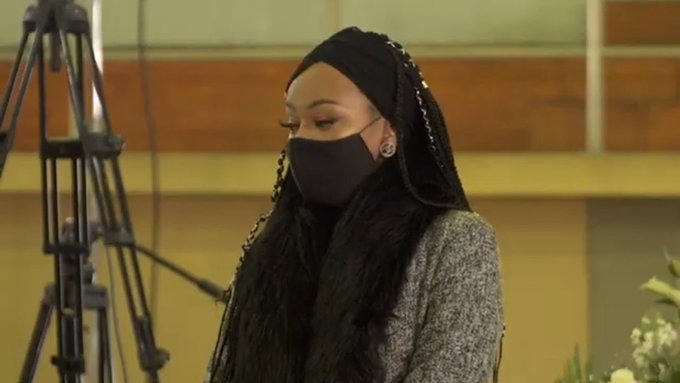 I still cannot believe that Twitter people expected Bonang to send a condolences message to Somizi when she actually has his numbers and most importantly they are friends and she went to the funeral. The entitlement!Bonang didn’t tweet anything via #marytwala passing.. She trended! She attended the funeral she’s trending.. What a real Queen ❤️👑💯 and she’s didn’t have to say anything.. But boom! Number 1 on trending topics