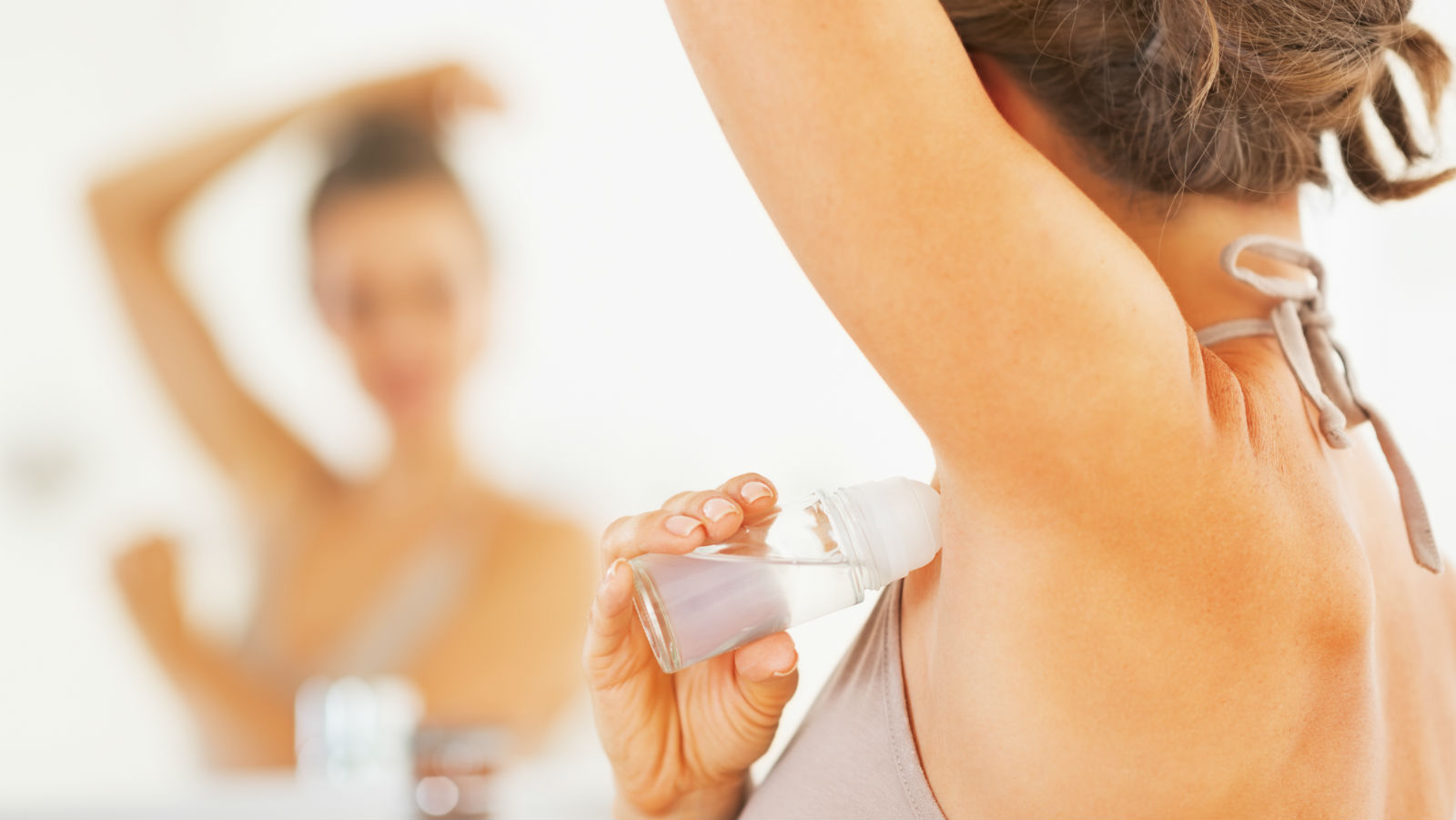 Is there a difference between an antiperspirant and a deodorant?

The terms ‘antiperspirant’ and ‘deodorant’ are often used interchangeably but they do in fact refer to different products. Antiperspirants control sweat and body odour (B.O.) in two ways: firstly by preventing sweat reaching the skin surface and secondly by reducing the bacteria that causes body odour via antimicrobial ingredients. Deodorants differ from antiperspirants as they only contain antimicrobial agents to prevent body odour; they do not control the flow of sweat. Both antiperspirants and deodorants often contain fragrances to help mask the smell of B.O.

Most people put on either deodorant or antiperspirant before leaving the house. There are some products that perform both functions. These products are used to control sweat and odor in our underarms. There are two types of glands in our underarms, apocrine and eccrine. The eccrine glands are by far the most numerous sweat glands and are responsible for producing most of the sweat in our underarms, as well as in our entire body.

Some people wear deodorants to cover up underarm smells, but if you sweat a lot, you probably need an antiperspirant to slow down the production of underarm sweat. Our bodies are constantly producing sweat, but there are certain times when they produce a lot more. Additional sweat is produced to cool down our bodies when we are exposed to heat, physical exertion, stress or nervousness. When the sweat gland is stimulated, the cells secrete a fluid that travels from the coiled portion of the gland up through the straight duct and out onto the surface of our skin.

The aluminum ions are taken into the cells that line the eccrine-gland ducts at the opening of the epidermis, the top layer of the skin, says dermatologist Dr. Eric Hanson of the University of North Carolina’s Department of Dermatology. When the aluminum ions are drawn into the cells, water passes in with them. As more water flows in, the cells begin to swell, squeezing the ducts closed so that sweat can’t get out.

Each cell can only draw in a certain amount of water, so eventually, the concentrations of water — outside and inside the cells — reach equilibrium. When this happens, the water inside the cell begins to pass back out of the cell through osmosis, and the cell’s swelling goes down. This is why people have to re-apply antiperspirant. For those who suffer from excessive sweating,hyperhydrosis, aluminum chloride in high concentrations can prolong the swelling and may ultimately shrink the sweat gland, decreasing the amount of sweat it can produce.

For some time, an email rumor suggested that underarm antiperspirants cause breast cancer. Among its claims:

Findings from a different study examining the frequency of underarm shaving and antiperspirant/deodorant use among 437 breast cancer survivors were released in 2003 . This study found that the age of breast cancer diagnosis was significantly earlier in women who used these products and shaved their underarms more frequently. Furthermore, women who began both of these underarm hygiene habits before 16 years of age were diagnosed with breast cancer at an earlier age than those who began these habits later. While these results suggest that underarm shaving with the use of antiperspirants/deodorants may be related to breast cancer, it does not demonstrate a conclusive link between these underarm hygiene habits and breast cancer.

Because studies of antiperspirants and deodorants and breast cancer have provided conflicting results, additional research is needed to investigate this relationship and other factors that may be involved.

Back in the 1960s , a few studies found high levels of aluminum in the brains of people with Alzheimer’s disease. The research suddenly called into question the safety of everyday household items such as aluminum cans, antacids, and antiperspirants.

But the findings of these early studies weren’t replicated in later research, and experts have essentially ruled out aluminum as a possible cause of Alzheimer’s.

“There was a lot of research that looked at the link between Alzheimer’s and aluminum, and there hasn’t been any definitive evidence to suggest there is a link,” says Heather M. Snyder, PhD, senior associate director of medical and scientific relations for the Alzheimer’s Association.

According to the experts interviewed for this story, the aluminum in antiperspirants doesn’t even typically make its way into the body.

“The aluminum salts do not work as antiperspirants by being absorbed in the body. They work by forming a chemical reaction with the water in the sweat to form a physical plug… which is deposited in the sweat duct, producing a blockage in the areas that it’s applied,” says David Pariser, MD, professor of dermatology at Eastern Virginia Medical School and past president of the American Academy of Dermatology. “Even [with] nicks from shaving, the amount is so negligible that it doesn’t make a whole lot of scientific sense.”

Concerns about antiperspirants and kidney disease were first raised many years ago, when dialysis patients were given a drug called aluminum hydroxide to help control high phosphorus levels in their blood. Because their kidneys weren’t functioning properly, their bodies couldn’t remove the aluminum fast enough, and it began accumulating. Scientists noticed that dialysis patients who had these high aluminum levels were more likely to develop dementia.

As a result, the FDA requires antiperspirant labels to carry a warning that reads, “Ask a doctor before use if you have kidney disease.” Yet this warning is only meant for people whose kidneys are functioning at 30% or less.

In reality, it’s almost impossible to absorb enough aluminum through the skin to harm the kidneys. “Unless you eat your stick or spray it into your mouth, your body can’t absorb that much aluminum,” says nephrologist Leslie Spry, MD, FACP, spokesperson for the National Kidney Foundation.