Legendary actor Allen Booi on Monday morning passed away at his Johannesburg home.

His passing was announced by Trinity Management on Twiter. The actor is known for his role’s in Igazi, Tsha Tsha, After 9 and Isidingo.The South African government along with several Mzansi actors have taken to social media to pay their condolences to the late actor.

His family is expected to release a statement.It’s of great sadness to announce that Actor Allen Booi passed on this morning at his JHB house. His family will issue statement and further information #We would like to extend our heartfelt condolences to the family and friends of sports broadcaster, Kaunda Ntunja and veteran actor Allen Earlier on Monday, it was announced that renowned and award-winning commentator Kaunda Ntunja passed away. Congratulations are in order for actress and television personality Amanda du-Pont. The flame recently got a brand new car – a Range Rover Sport to be specific.

Not so long ago, du-pont announced that she’s officially a Range Rover ambassador. She joins Boity and Thando Thabethe as some of the very celebs owning this beautiful baby.Taking to Instagram, the Skeem Saam actress revealed how grateful she is of her new baby. “I love my new baby! 🤍 This is definitely God’s Grace.”
These celebrities are living large hey, imagine being paid to drive around in a Range Rover Sport.

Another celeb who also got herself a Range not-so-long-ago is YouTuber and television presenter Nicollete Mashile. Larger-than-life TV star Somizi Mhlongo, recently left the masses on envy mode and some feeling the pinch of not affording his opulent lifestyle, when they headed out to their luxurious home in Zimbali with his hubby Mohale Motaung, in a private jet.

Read More: Somizi And Mohale Cause A Stir With Their Rich Rich Post

But his trip to the balmy city of Durban has attracted some negative energy on the social media streets for allegedly breaking the lockdown rules. This follows after a video showing Somizi and Khaya Dladla at an alleged social gathering has gone viral.

Attendees at the alleged social gathering are seemingly having fun and tweeps have accused them of drinking. Khaya could be heard speaking about Gin and Tonic and it also shows Somizi showing off his glamorous wedding rocks.

Controversial entertainer Zodwa Wabantu, has been slammed for crushing hard on Gomora actor Ntobeko Sishi. Zodwa who is totally smitten by this one HOT fella does not shy away from expressing her feelings about him! 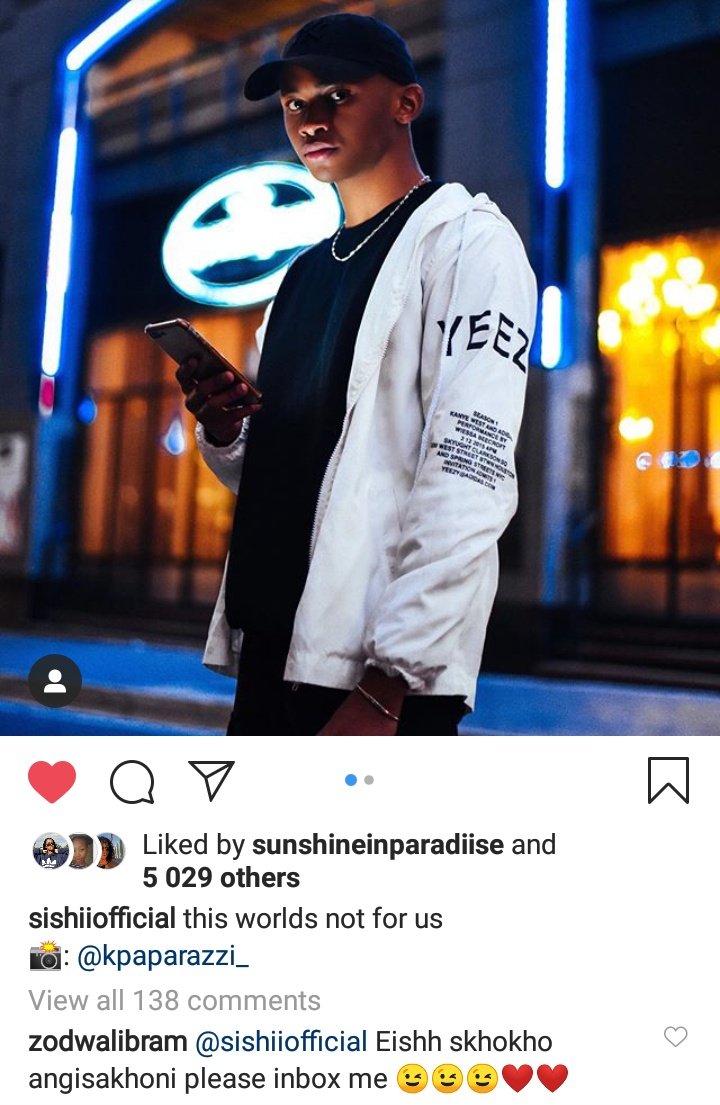 It is no secret that Ntobeko’s acting skills on the show are on fire, his good looks, natural charm and beautifully chiselled body has won the hearts of many, but many said Zodwa should stop “preying” on young people and her move on him is just cringe-worthy.

The Durban-based entertainer who has an eye for ben 10’s decided to shoot her shot on Ntobeko, in a snap he posted on Instagram. Zodwa said she cannot contain her feelings anymore about him and asked him to inbox her, we don’t know what went down in the DMs but we wouldn’ mind to see if he responded. 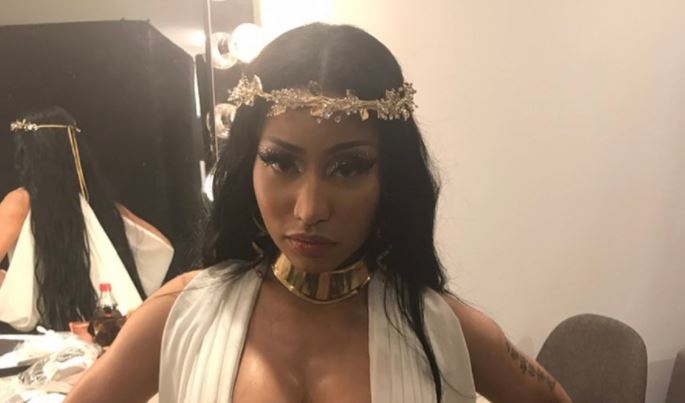 The musician confirmed the good news with a series of snaps on social media on Monday, including one on Instagram of her dressed in an elaborate bikini, clutching her baby bump.

She simply captioned the post: “preggers”In perhaps one of the most artistic snaps from the glam maternity shoot, she is seen dressed in a silver veil, as she holds her baby bump in front of a kaleidoscopeNicki also thanked fans for their support and well-wishes.

It may not come as too big a shock to her stans, especially after she announced late last year that she was retiring to start a family.

“I’ve decided to retire and have my family. I know you guys are happy now. To my fans, keep reppin me, do it until the death of me,” she wrote.

This will be Nicki and hubby Kenneth “Zoo” Petty’s first child together. According to New York Times, the rapper hinted in June last year that she planned to marry Kenneth, and in August changed her Twitter name to Mrs Petty.

Of course, the internet was overjoyed by the news and quickly filled timelines with messages of congratulations, earning Nicki a spot on the local Twitter trends list.

Others speculated that the rapper might be around six to seven months pregnant and should be due later this year.