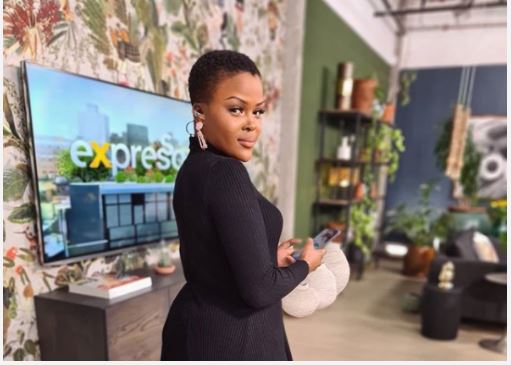 Kuhle Adams has taken to her Twitter handle to share her experience as she feels she is not safe as a woman.

The television presenter stated that she is living in fear as a woman in SA.

In her tweets, she recounted how two different men made her feel uncomfortable and unsafe.

Kuhle said she had issues with her plane ticket and she needed help from someone and a man offered to help her but made her feel unsafe at the same time.

He says; “ewe, she’s gorgeous, uyayazi. I only deal with the best. Ndingathathela mna lo’.

She said: “Like I’m some object. I could not wait to get the issue resolved so I could leave.”

Thinking that was all, Kuhle had another encounter with another man as she looked for her seat on the plane, leaving her feeling like she’s a “piece of meat”.

She said: “As I am looking for my seating, this man in the front row looks back and says ‘yho, kutheni nibahle maan’.

She continued: “I purposefully ignored him, he persisted until the rows were filled up. I am so tired of being looked at like a piece of meat. You have no right to look at me and address me like that.”

However, the presenter continued stating that the experiences added anxiety in her life anytime she steps out to go out.

“You have no idea how relieved I get when I arrive at my destination safely,” she said.