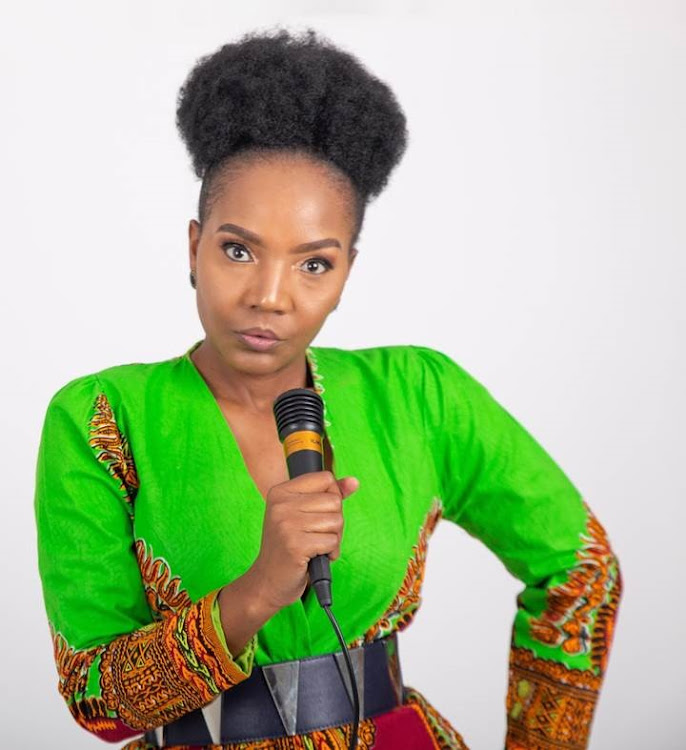 Lawyer turned comedian, Thenjiwe Mosley. Supplied
They say laughter is the best medicine, and now more than ever, our local comedians are helping keep our spirits up with the content they are offering us on social media.

One of them is the popular Thenjiwe Moseley who has been sharing live videos and masterclasses online. Moseley, who is originally from KwaMashu, Durban, burst into the comedy scene in 2013 after leaving her career as a lawyer and has not looked back.

Her fresh, witty material, coupled with her ability to make fun of everyday life experiences, has made her one of Mzansi’s best-loved comedians.

We caught up with her to chat about her creative process, as well as her journey in the comedy industry.

When and how did you discover that you wanted to be a comedian?

I have always enjoyed making people laugh and I did drama as a subject at Durban University of Technology. I always wanted to be a performer, but I didn’t know I could make a living doing stand-up comedy.

It took me becoming a lawyer to start doing comedy. My legal colleagues pushed me into doing my first gig and, once I started, I knew this was what I was born to do.

How would you describe your experience in the male-dominated South African comedy industry?

It’s no secret that comedy is a male-dominated industry, but it does not mean men are funnier than women. It is tough for women because most producers want to spread us out by booking one or two women on a lineup with 10 comedians.

Women are less encouraged and less supported. I am lucky because I come from a law background, so I am used to fighting my way through and getting my voice heard. When they closed the door on me I found a sliding door in the building and opened it wide.

I hire myself; I have written and starred in my own sitcoms Judge Thenjiwe Khambule and Meet the Khambules, both on Moja Love and I have a YouTube channel where I post my comedy sketches and stand-up comedy – with over 26 million views – and I get a decent monthly cheque from it. Women should claim their place because we also have a story to tell.

What is your career highlight and why?

I have had a few career highlights – recording my live show in London last year and having it licensed by Next Up; touring Southeast Asia with the Magners International Comedy Festival, where I performed around Thailand, Vietnam, Singapore and the Philippines and headlining in both Sydney and Perth comedy festivals in Australia. I never thought Australians would find my unapologetic comedy funny, but they did.

As a comedian, you constantly have to find new ways to make the audience laugh and that requires creativity. What is your creative process?

I read a lot. I have to stay abreast of the news and, when I am performing for a new audience in a new city, I always read the local newspapers. I take a few taxis or Ubers and start a conversation with the driver just to gauge what they laugh at. I try my set on them and, if they laugh, I know the audience will laugh. I also localise my jokes.

You have travelled a lot since your big break in 2013. What has it taught you?

Travelling has taught me to embrace the little things in life and appreciate who I am and what is unique about me, without compromise. I had to get out of Africa for my afro hair to be appreciated and to get complimented for my beautiful black skin. I have learnt to appreciate the variety that life offers. We don’t understand it till the time we begin to travel. We are so similar, yet so different. The biggest lesson has been that English is not the measure of intelligence. You can speak perfect and be dumb, contrary to popular South African belief.

What would your fans be surprised to find out about you?

Very little. Fans who attend my shows know more about me than I know about myself! I overshare when I am on stage; they even know how I lost my virginity.

My power comes from …

…my ancestors who walked the earth before me.