South African actress, Zandile Msutwana, is best recognized for her role on the SABC1 drama series Society as Akua Yenana. As she did her Performer’s Diploma in Speech and Drama at the University of Cape Town, she played a part in productions such as in Matilda in the Suit, Chorus in Trojan Women, and Regan in King Lear, just to mention a few. 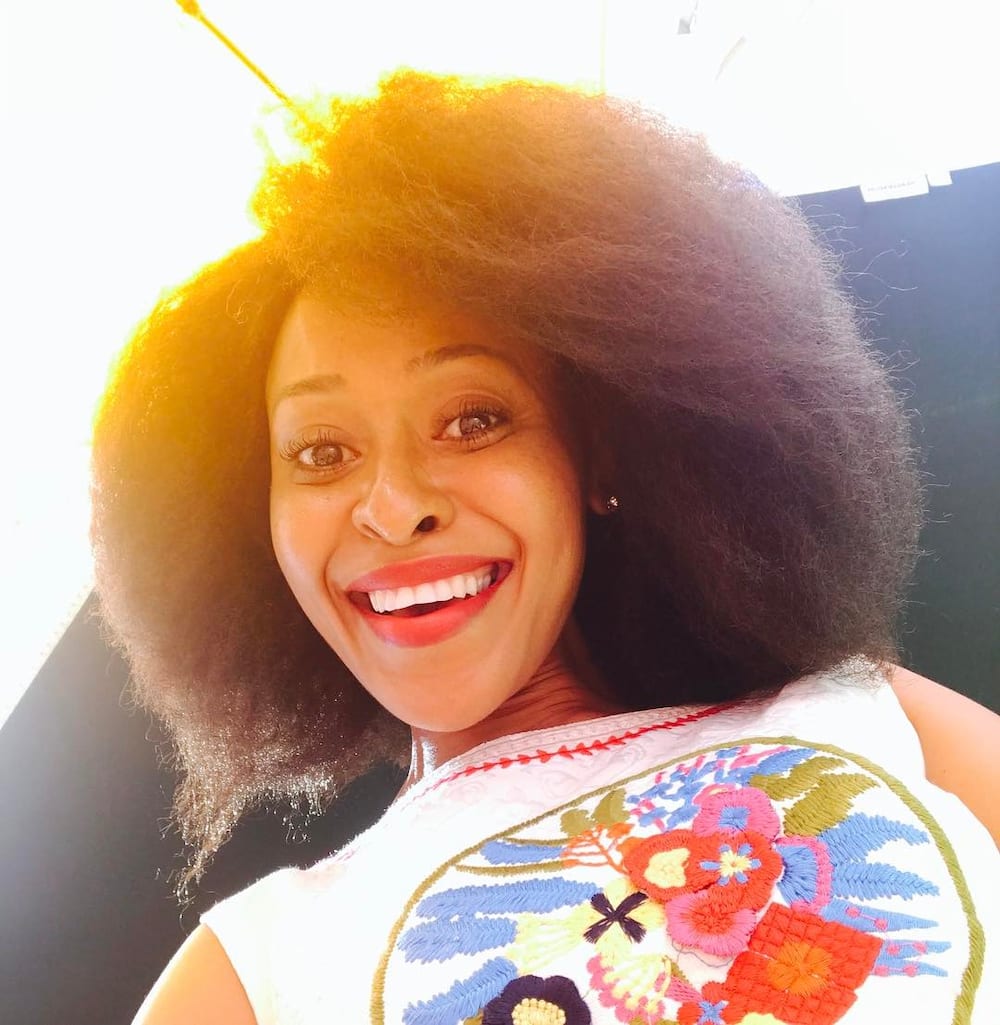 Zandile Msutwana biography After graduating, she performed at The Langa Hall in a production labelled Ingalo as a character called Cordelia. After this, she played a couple more roles at different theatres in South Africa. On TV, she was a presenter for e.TV on

. She also played as a student in the soapie backstage.In 2005, she was featured in Beyond Berlin which was directed by Peter Samann. Zandile also played as the lead in the Unrequited Love film, directed by Steve Berry. In 2008, she was a guest-starring in one of the episodes of the SABC1 drama series Mtunzini.com. She played as Dudu Langa who was a suspect in her mother’s death. In 2010,

she was part of the SABC3 soapie Isidingo where she acted as Thembakazi who was the Head of News. In 2011, she joined the cast of Rhythm City and played the role of a young accountant called Rhonda Rababe.Image: instagram.com, @zandilemsutwana Source: UGC In the Mzansi Magic soap opera Zabalaza, she acts as Lindiwe Cele who is the ambitious head of operations in the family business. She also plays a role as Vuyiswa the queen lead character. Zandile has also made commercial appearances advertising Nedbank, Captain Morgan, Woolworths, and Clearasil. She has done voice-over jobs for multiple clients and also theatre projects for Kagiso TV and Metrorail. Her family Zandile Msutwana husband, sisters, brothers, or boyfriend are topics that she has never discussed publicly. Therefore, it is hard to tell whether she has people in her life who bear such titles.First time for everything On January 1st, 2019, Zandile made it on the cover page of South Africa’s True love magazine. In her story, she talked about different topics that allowed readers and fans to get a better understanding of her personal life. As she is not one to easily open up, fans appreciated the information that she gave to the magazine.