Nelisiwe, who plays the role of Doctor Mbali Mthetwa on the etv telenovela Durban Gen, complained on social media after Phumeza stole her adapter.

What kind of a thief steals and leave a note and a chocolate bar for her victim? It has to be a friendly thief or a silent borrower. In a video posted on Instagram, Dr Mbali revealed a note which was left on her desk written:

“I have browed your adapter.”

Speaking about the incident, Nurse Phumeza revealed that she wanted an excuse to buy her mentor a bar of chocolate.

“I am privileged to share the same stage with actresses like Nelisiwe, I look up to her, and she treats me like an equal and her younger sister. Borrowing her adapter was just an excuse to buy her small chocolate.” – Nurse Phumeza Sibiya 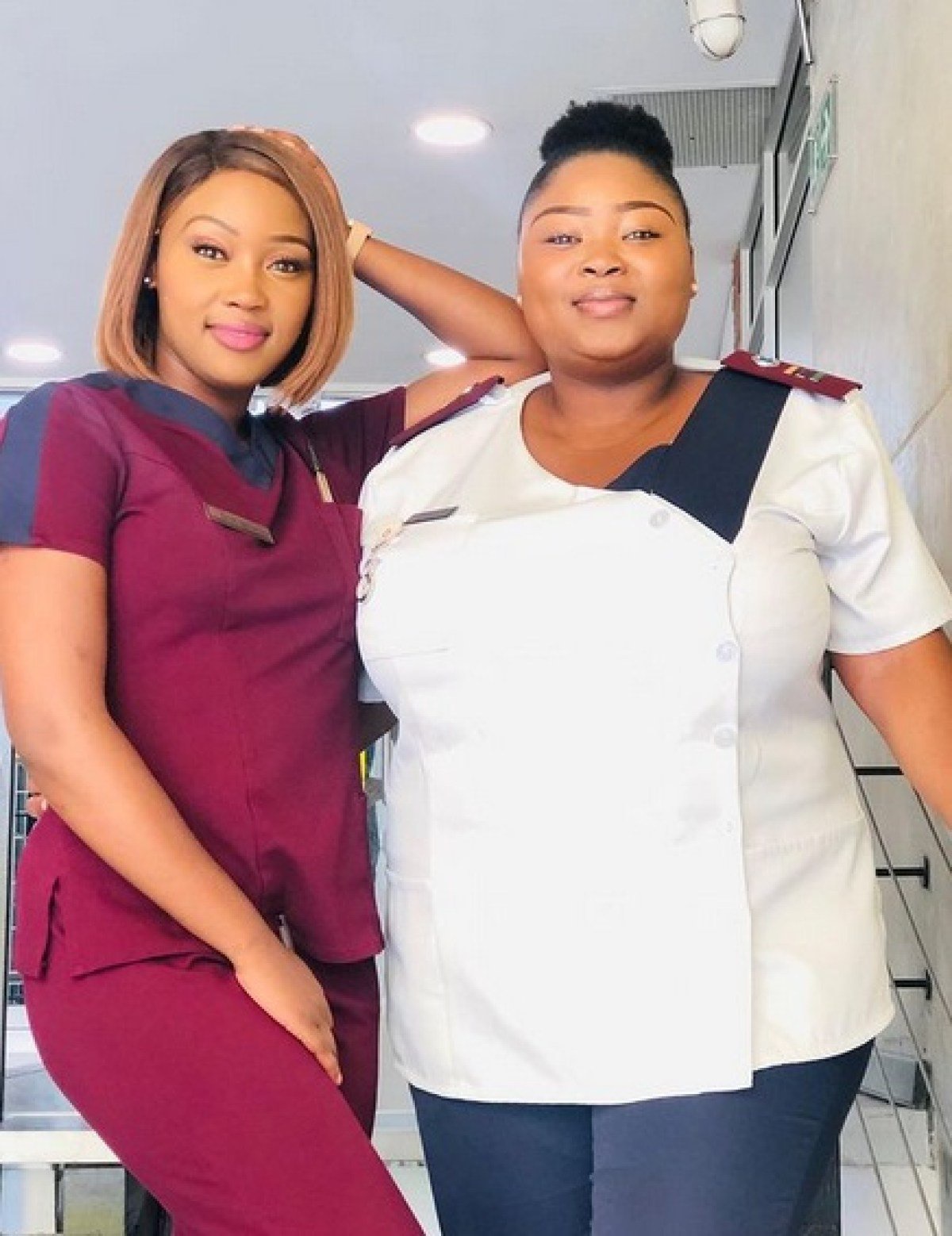 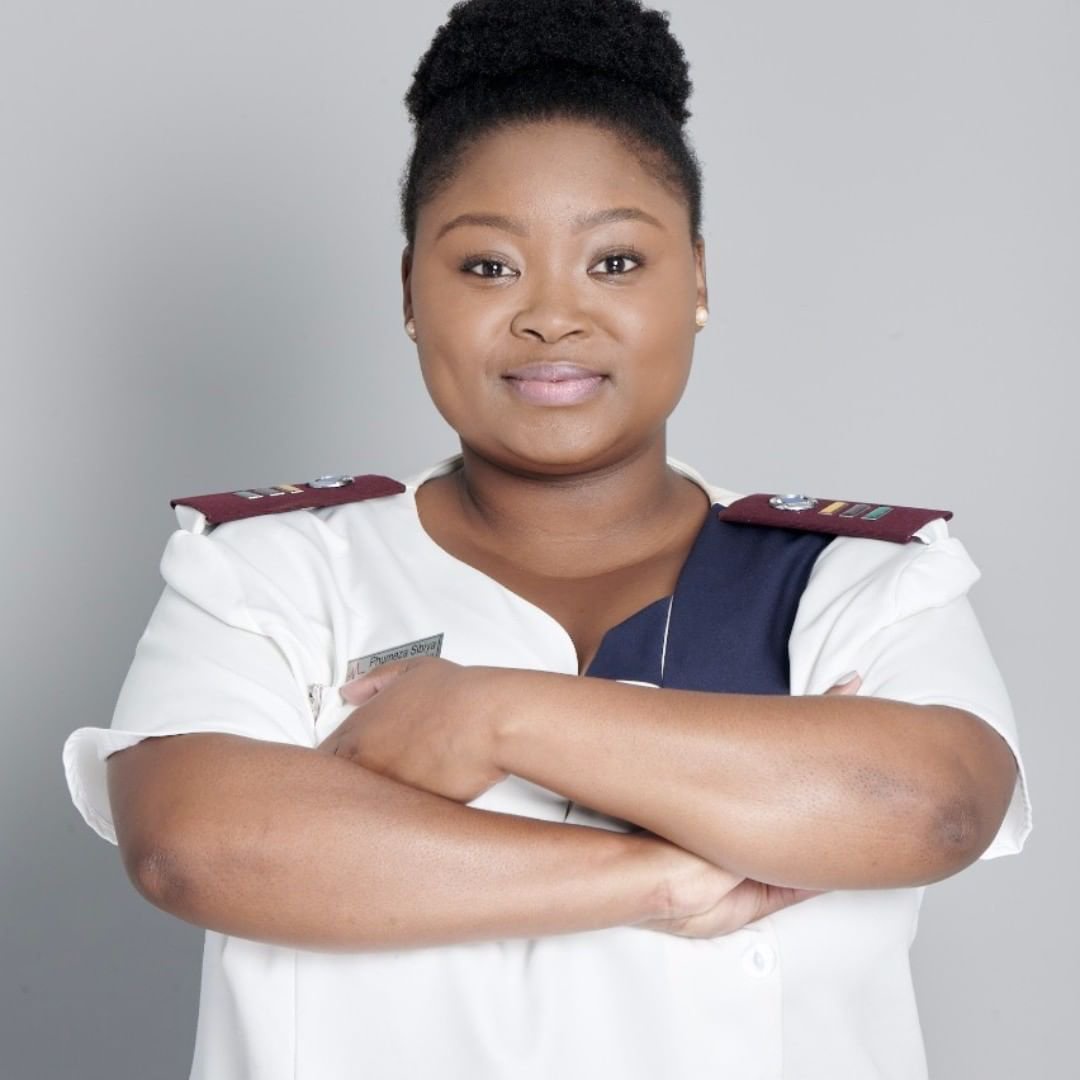 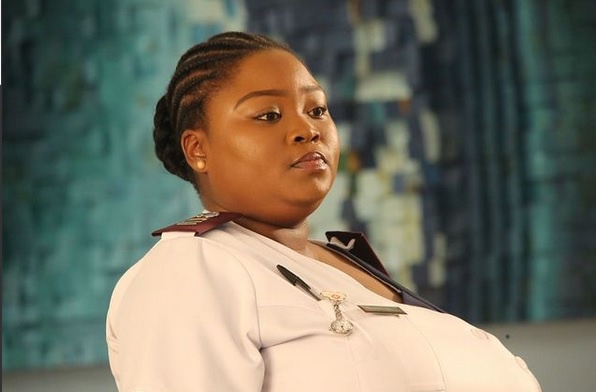 On Durban Gen, Nurse Phumeza wouldn’t even hurt a fly. Her Phumeza character is a soft-spoken, compassionate and well-mannered medical practitioner who tends to her patients diligently; thus, she becomes the matron’s favourite nurse. She is married to a police officer, Detective Sibiya.

Born and bred in Pinetown, Tsidi Makitle is a twin sister to Tsidiso Makitle ; they both graduated with Bachelor of Creative Arts Degrees from the University of Zululand in 2020.

She comes from a humble background, and since securing an acting gig on Durban Gen, she has become the family’s breadwinner.

Dr Musa Mthombeni makes sure that he serves us the right content about his marriage. Not a day can pass by without this Doctor posting pictures of his wife and admiring her beauty , and that , is exactly what the fans wants .

Who is Dr Musa Mthombeni? Dr.Musa Mthombeni ( born 22 April 1990, age: 31 years), is a south African Well-known Tv Presenter and Broadcaster who received Fame after starring on the YO-TV for his show from Johannesburg. He is worldwide famous for being one of the popular faces of South African television. He has a huge fan following on Instagram , which is above 500K. When did this couple tie the not ?

Laurie and Musa have been dating since last year , they became girlfriend and boyfriend for 11 months . Musa Mthombeni made sure that he marries her before announcing her as his partner to the public. Dr.Musa used to give us some hints that he got a girlfriend , but he’d hide her face all the time .

Dr Musa Mthombeni and Liesl Laurie got married on the 18th of August 2021.

Youthful South African entertainer Nothando Ngcobo is a brought up KwaZulu-Natal entertainer who works in media outlets. He has recently been highlighted in Daily Sun motion pictures and he plays a part in Isibaya as an expansion. From that point forward the youthful entertainer has truly filled in the acting business, she is one of the rising entertainers we have in South Africa who eagerly work to excel. She hasn’t been in media outlets for such a long time and she’s a lady if most specialists like, fans love her character and nature they say she’s one if the most modest entertainer we have in Mzansi. Her past job in Isibaya as a super didn’t give fans time to see Nothando for a capable entertainer that she and her principle reason has consistently been to take on a long-lasting job that will raise her profession.

Nothando won the hearts of Uzalo’s crowd after he handled the job of Hlelo, a soul injured young lady. She will make her presentation on the twentieth of August (Friday). Let us know a young lady who has nobody however herself to be trusted and she needs to utilize her magnificence and body to put a rooftop over her head, Mtginzi menaces her since she realizes that he was from the left and was believed to be the proprietor since he was given his house. Regardless of whether she lives in a position of despondency, it is sufficient for the Hlelo from whom he comes. She lived in a terrible local area when they attempted to try and put food on their tables, in any event, for the way that she had a rooftop over her head it wasn’t sufficient for her.

Despite the fact that she lived in a helpless local area where individuals saw Hlelo’s magnificence and acceptable heart, she stayed unadulterated despite the fact that he had carried on with a great deal in his life. She served Gabisile’s life after she attempted to kill it and from the day Gabisile felt he owed her, her life and she needed to trade her life for the better by taking her to KwaMashu.

Bongani has recently asked Zodwa to marry him which caught Zodwa off guard and she said yes because she wanted to make Don jealous. Zodwa and Don have a past and they have a son together who is Teddy. Zodwa wishes that it was Don who proposed to her because she still loves him as he was his first love. Don has also tired by all means to scared Bongani away but it didn’t work out. Bonganinis going tonbe hurt learning that Zodwa still wants to be with Don out of all people.

In my opinion what Zodwa is doing it i very wrong. She is leading Bongani on and gives him empty promises and let’s not forget that Bonganinleft his wife for Zodwa. Zodwa is going to regret going back to Don because he is leaving the show soon, how is she going to face Bonganinin the eyes again.

MaYeni is a sister wife in the Mseleku homestead. They have a reality show on Mzansi Magic broadcasted every Thursday at 20:00 pm. In last week episode the wives went to a night getaway just the four of them without their husband and children. MaYeni has been a fan favourite since the beginning of the show, she never said much but people still loved her and called her the candy crush queen as she was always on the phone playing the game. It seems like people rotate themselves among the wives. On the first season people hated mamkhulu however she was a little misunderstood but mamkhulu didn’t want to coexist with her sister wives. Probably she watched the show and had an introspection as she has evolved in other seasons especially on this one. She is lively and not self centred as before. She’s much calmer and seems to be more free with her sister wives.

MaKhumalo was a fan favourite until people realised she had no backbone. People felt she agreed to everything Musa said just so he could love her more. However MaKhumalo is really smart if anything she understands MaCele is the first wife and befriends her, look at how easy this polygamy is easier for her. She made a smart move and it worked well for her.

MaNgwabe seemed misplaced in the first season, it felt as though she didn’t belong in the family. People didn’t have a lot to say about her because she was inactive in most things, but on this season MaNgwabe is ruling. In fact she surpassed them all with her smartness. From the backseat to the top. What’s admirable about the fourth wife is how she understands who she is there for. Her main focus is on Musa she corrects her husband and directs her anger towards him other than anyone else. She makes it a point that her voice is heard.

There was a backlash last week after MaYeni refused to give a rose to Thobile. However when you watched the show twice you realise the card said ” the last person who picked your child from school”. In emphasis MaYeni says the last person to pick her child isn’t in the room and it caused conflict between her and Thobile. Probably English forsaked Thobile at that point but MaYeni understood it perfectly. It’s funny though at how the cards accommodated them all except MaYeni. In fact the game seems calculated than anything else.

The three wives were in sync however their statements on their diaries gave it away. The game was to outcast MaYeni. Although the women are to have a united front but it is understandable that they come from different backgrounds and most importantly they are different persons with different personalities. People have declared their love for MaYeni and call her real whilst the others are acting. Probably people who have withdrawn their love never loved her.