Ayanda Jiya has finally delivered her highly anticipated debut album. The South African R&B artist’s album is titled Ayandastand—pronounced “I understand,” and it features only a few guests rappers Stogie T, A-Reece and singers Naomi Parchment and Ziyon. The rest of the project’s 11 songs are just Ayanda sharing her story and insights on love atop production by Zeph Beats. The album includes the lead single “Falling For You,” which features A-Reece.Ayanda Jiya has built her name for herself and positioned herself as a talented vocalist who you can’t help but take seriously. From appearing on songs by artists such as Ralph Gum, Stogie T, A-Reece, Ginger Trill and Lady Zamar to performing on reputable stages and getting played on major radio stations. Ayandastand follows two EPs that are essential listening if you want to understand just how far she has come.

whose drive and perseverance have inspired many other women to go out there and make it happen.

In celebration of her milestone, Thando took to social media to wish herself a happy 30th birthday. Posting the cutest baby picture of herself, Thando thanked herself for all she has conquered and commended herself on all she has achieved. If there is one way to prove your boss babe status, it’s with a heartfelt message to yourself on your own birthday. You will always be there for you! Happy birthday beautiful! 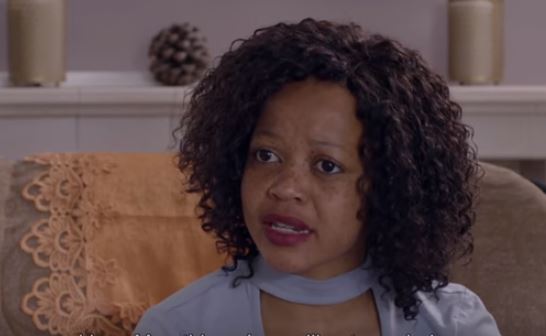 According to the statement released by Skeem Saam, Lesego is leaving so she can go back to school full time. She added that she isn’t sure if she will ever return to acting.

Lesego expressed her sadness at leaving the soapie and her gratitude for all the friendships and memories made.

“I will miss my Skeem Saam family dearly. I have been with the show for 8 years and I have created some good friendships and memories!” Lesego said.

Even though Rachel, aka “Letjobana”, aka “Marothi’s Dynamite”, has been MIA for weeks now, her name and storyline have kept viewers glued to their screens trying to figure out what her end game is.

The statement neglected to share details of how exactly her departure will unfold, which will leave fans to come up with conspiracy theories until her final episode with the soapie on Friday, June 19.

The production expressed how much they will miss the actress and wished her the best of luck in her future endeavours.

“In her role as ‘Rachel Kunutu Maphuthma’, Marakalla has been one of the show’s leading young ladies, adding to the series’ sustained success over the seasons,” read the statement.

The cast of Sarafina! – W

Tsonga rapper Sho Madjozi has left Mzansi beaming with pride once more, after the news that she bagged the Best International Act nomination at the 2020 BET Awards.

If she wins, it will be her second BET Award in two years.

The excited musician took to social media to share the news with her ever-growing fan base, stating just how emotional she was at the news.

“I am in tears … After winning for best Newcomer last year, I have now been nominated for Best International Act at the #BETAwards2020,” she said.

Sho is nominated among some of the biggest names in Africa including Nigerian act Burna Boy and Congolese singer-songwriter Innoss’B.

This year Zimbabwean songstress Sha Sha, who also made the 2019 SA music scene LIT, scored a nomination in the Viewers Choice Best New International Act category, something that South Africans celebrated her for.

Check out some of the career highlights she’s had since winning her last BET award!

The River teasers for July 2020 are finally here. What is going to happen to the cast this season? Find out!

Here are all the twists and turns coming your way in the first half of the month.

Episode 103: Living for the Brave – Wednesday, 1 July A beleaguered woman has to make a difficult decision when an enemy starts getting closer to her, and two romantic partners are surprised by their friends and relatives.

Episode 104: It Started Out So Well – Thursday, 2 July A couple has a happy moment cut short by sadness. Elsewhere, Lindiwe attempts to embarrass a relative into revealing her latest plot.

Episode 105: I’ve Done It All – Friday, 3 July Kedibone is gravely shocked, and Nomonde and Veronica advance things to the next step.Episode 106: Nomonde! – Monday, 6 July Zweli struggles to rescue somebody he cares about as Kedibone is left emotionally hurt by the news she receives.

Episode 107: A Reason to Fight – Tuesday, 7 July A lady decides to rescue the man she loves, and a spouse elsewhere gets an ultimatum that threatens to put an end to her marriage.

Episode 108: Not Without a Fight – Wednesday, 8 July Kedibone puts her foot down to save somebody’s life, and Veronica and her partners pull off a big scam.pisode 109: To the Rescue – Thursday, 9 July A well-outlined plan goes wrong when one of the involved people refuses to follow the instructions, and Kedibone successfully gets her voice acknowledged.

Episode 110: Done with Her! – Friday, 10 July A young woman receives a harsh bit of news that she was not ready for.

Episode 111: Cry Wolf – Monday, 13 July Veronica gets some news, and Kedibone does everything possible to rescue somebody.