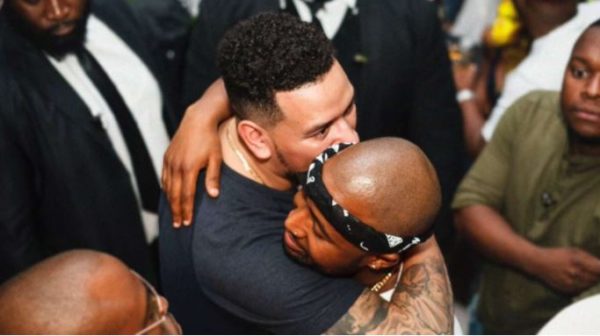 Few days ago, Mufasa tweeted on giving up on the fight in other to focus on becoming the 1st SA hip hop billionaire.

“Enough about the fight, I know it’s boring now. I got a dope project I’m working on. A first of its kind. Might be ready 1st quarter of the year. Another step into the direction of becoming South Africa’s first Hip Hop Billionaire. We thinking outside the box. Super excited!!!”

On Thursday night, Cass revealed he was excited about the fight, but their failure to agree on terms regarding the fight, got it cancelled.

“I was soooo excited for this to happen. I was looking forward to it. I kinda knew we would never come to an agreement with the business cause of Egos and too many heads but I had a lil hope that it would happen. Ah man!!! I think I might have a plan B doe… Someone else…”

Cassper claims he is disappointed he won’t be boxing AKA as he highly anticipated the fight, making him pay less attention to other things in his life.

“Guys, there’s always so much more you can do. What matters is how bad you want it. I have my hands in so many things right now and it’s because I was forced to think outside the box. I was way too comfortable with show money yoh. I slept on myself. I would’ve been soo far.GO TIME,” he added.

However, AKA is yet to react to Mufasa’s claims.

Kgale bang Sogela mos. Finally found a way we can handle it without messing with my Brand after building it. A Dope contact sport. It woulda been dope to start with the biggest chatterbox doe. I won't lie , I am disappointed I'm not gonna get to box him mara I have to let it go. https://t.co/YmcnqPmSRj