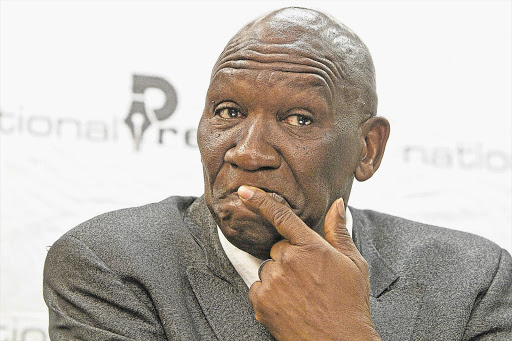 Bheki Cele says no alcohol will be allowed to be sold at bottle stores, while bars, taverns and shisanyamas will be shut throughout the 21 days. ‘If we find booze in your boot, even if sealed, you’ll be arrested,’ he said.
Image: SUPPLIED
“For 21 days, please stay sober.”

This was the message from police minister Bheki Cele on Wednesday, as he unpacked how the women and men in blue will enforce order when the national lockdown kicks in at midnight on Thursday.

Cele announced a myriad of places that will remain closed during the national lockdown, but emphasised the need for the country to resist alcohol.

To this end, no selling of alcohol will be allowed at bottle stores, while bars, taverns and shisanyamas will be shut throughout the 21 days.If you have not stocked up on your beverages by the time the lockdown kicks in, you will be arrested when found with alcohol in public – even if sealed – during the lockdown.

Cele would have none of any plans from supermarkets to move booze from their bottle stores to the main store.

“Movement of alcohol will be restricted. There shall be no movement of liquor from point A to B,” said Cele. “If we find liquor in your car’s boot, that is illegal. If you break these laws, you are six months in jail or fined.”

Cele said the police were not playing around with threats to criminally charge those who disobeyed the law, citing the examples of two people in KZN who have already been arrested. These two, said Cele, had disobeyed an instruction not to move around after testing positive for Covid-19, and consequently police moved in to make the arrests.

Cele said if people stayed sober, there would be fewer shootings, stabbings and car accidents.