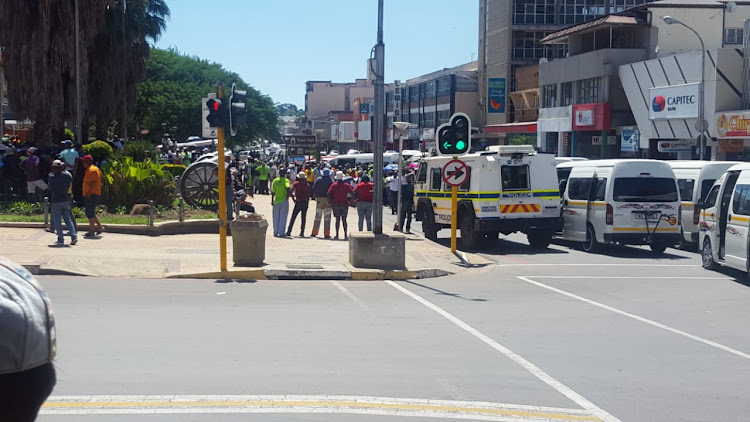 Angry residents of Ladysmith, in northern KwaZulu-Natal, embarked on protest action on Wednesday. They gave the government an ultimatum: remove the local mayor or face a total shutdown

According to reports, roads leading in and out of the town were blocked off by protesters calling for the head of Alfred Duma local municipality mayor Vincent Madlala.

“They handed over the memorandum to the municipality office, demanding that the mayor step down,” said Mbele. Andile Hlatshwayo, a convener of the protest, said residents would embark on a total shutdown of the town on Thursday if the ANC failed to recall Madlala.

“If Madlala is not removed or recalled by the 27th [Thursday], we are going to have a total shutdown. Nothing will be coming in, nothing will be going out of the town of Ladysmith,” he warned.

Hlatshwayo said they would not resort to violence but should the department of co-operative governance and traditional affairs (Cogta) and KZN premier Sihle Zikalala not act on their demands, they were “not going to have them”.

The premier’s spokesperson, Lennox Mabaso, could not be reached for comment.

In May last year, Madlala’s son wasalong with his friend, while a third person was serious injured. Police at the time said two counts of murder were being investigated after Siboniso Mondli Madlala, 28, and his 29-year-old friend were killed.

The tragedy came three months after Oscar Hlatshwayo, 38, an executive director of engineering technical and infrastructure services at Alfred Duma local municipality, was shot several times in an apparent ambush after dropping his children at school.