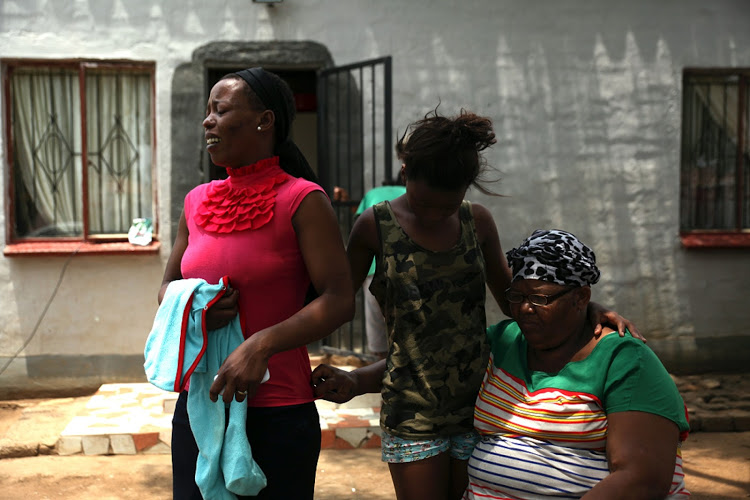 Mother Uzelle Maine cries as she stands in the spot where her son Siyabong Buthalezi was shot in Windmill Park, Boksburg. Next to her is daughter Letazz Maine and Buthelezi’s grandmother Bernadette Lange.
Image: Kabelo Mokoena
Siyabonga Buthelezi was in his sister’s arms in the yard of his modest Windmill Park home when a stray bullet tore through his little body in the crossfire between rival gang members.

He died in hospital a day after the shooting in the east of Johannesburg. He would have turned one a week later.